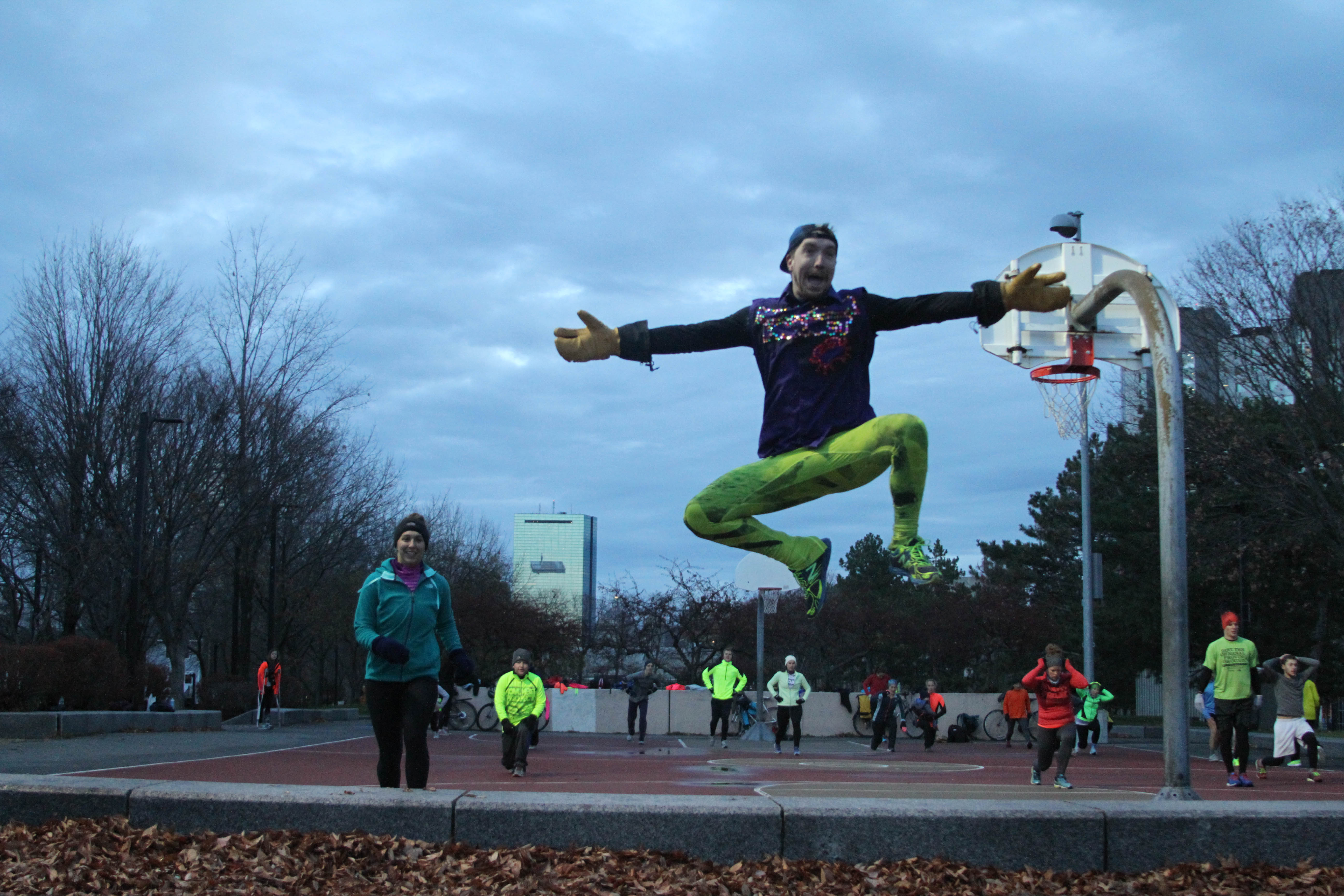 Gandhi is often credited with saying “Be the change you want to see in the world.”  To me, this means: however you’d like the world to be different, don’t waste time just trying to get others to change.  Instead, live it yourself, and you will influence change around you.  You want a kinder world?  Then be kind.  You want a funnier world?  Be funny.  You want a more peaceful world? Then be peaceful.  And if you want the world to be a little weirder, in that good, fun, entertaining, make-it-interesting kind of way, then it’s simple.  Just be the weird.

I think November Project is weird.  It’s weird fun.  It’s weird cool.  It’s weird wild and spontaneous.  It’s weird weatherproof.  It’s weird early.  It’s weird social & huggy.  It’s weird because we do things you don’t usually do other places, with other people, doing other things.  It’s out of the NORM.  That is, until the weird becomes such an important and crucial part of your life, the weird becomes the norm.  I don’t mean it becomes normal-boring, but it just becomes a part of how you expect to experience the world.  And according to #science, buzzfeed.com, and touristy spring break t-shirts, people who live weird lives have more fun.  I believe this is a good thing. (and well-researched & documented)

This morning at the Monday #DestinationDeck workout, we did some pretty “normal” workout exercises like walking lunges, pushups, obliques, burpees, and box jumps.  And we did some weird exercises like squawking like a bird and moo-ing like a cow when we jumped over the barriers between tennis courts, as well as some Everybody’s It Tag for warming up.  It’s also a little weird that we yell “fuck yeah!” at the top of our lungs.  It’s weird that we are frequently seen HWS (that’s not “Harvard Whittling School,” it’s hugging while sweaty).  It’s weird that we’re not trying to make any money off of you people, because this fitness is free.  And it’s weird that we have so darn much fun while we’re working out.  The weird is changing the world.  Just like Gandhi said it would.

If the world thinks you’re weird because you want to talk to strangers and get closer rather than staying isolated in this city…then be weird and make connections.

If the world thinks you’re weird because you want to be kind and encouraging of others rather than being mean and gossipy about others…then go ahead and smile while you say inspiring things.

If the world thinks you’re weird because you laugh, or hug, or do burpees, or rise & shine, or sing out loud, or make bird noises while you jump over walls, or wear bright colors, or spray paint your favorite shirts, or run in costumes, rather than living neatly inside the box…then fuck yeah, yes, BOOM…go be the weird.  #BeTheWeird

Author’s note: all weirdness today was brought to you by bedazzled shirts, #iron26, the rando die, and poop stories.