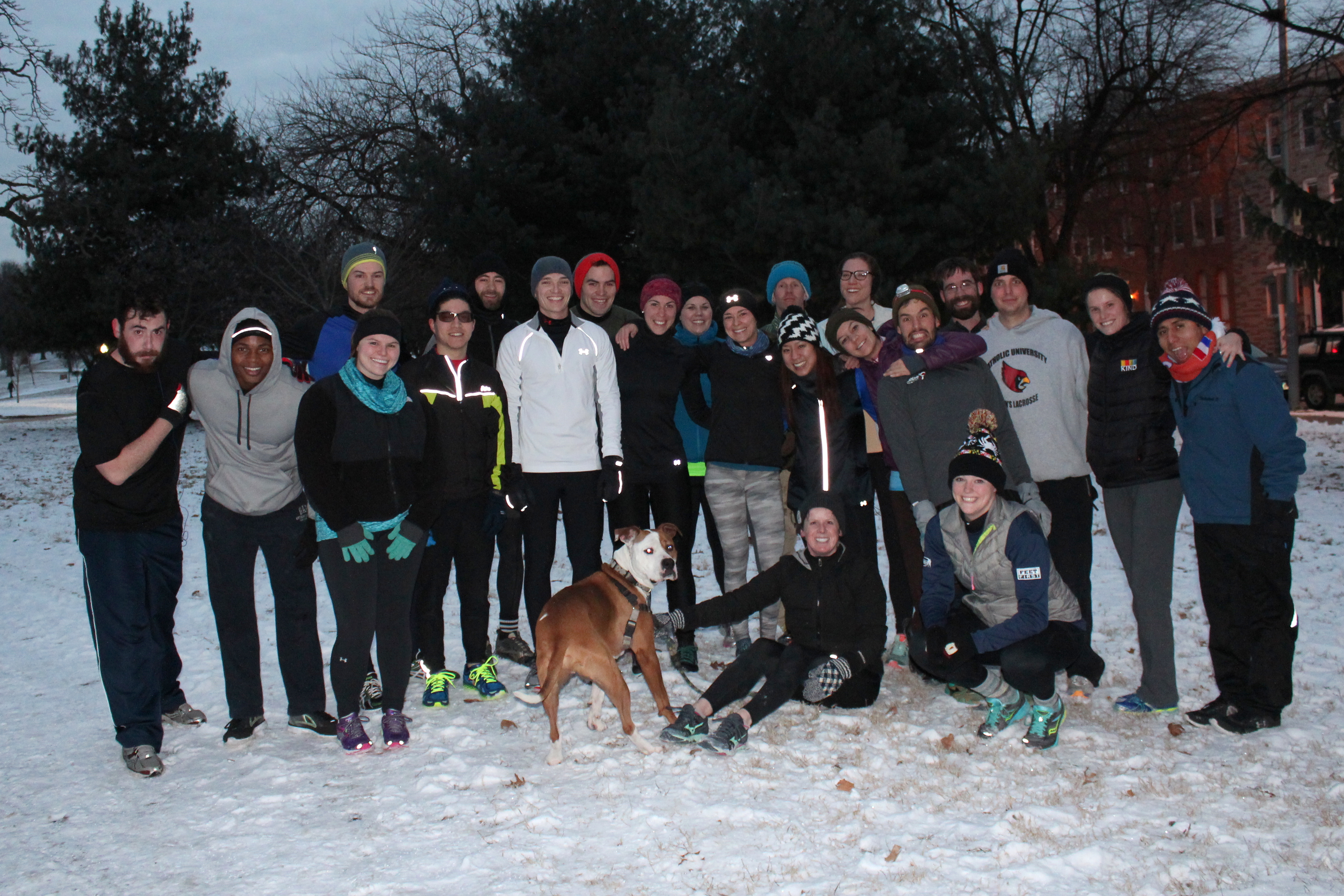 Be a part of something. Anything.

It seems like the past few days and weeks  have been particularly sad ones for the world.  With the shootings and subsequent hostage situations in Paris, another bombing in Yemen, continued protests over police brutality and racial violence across the nation and the hints of another season of political gridlock you can’t help but  view the world as a bleak place.  These are the times, when the weather is harshest, the days are shortest and the world seems so cold that we all might desire to put our head down, go for a run and pretend that putting one foot in front of the other is all that matters.

Often times, when tragedy strikes  we  come together and in our collective sorrow we are strong. We push for change and ache to make the world a better place.  Tens of thousands in Paris. Thousands across the U.S for Ferguson.  No matter where you fall politically we can feel the tide of sorrow. Far too often, however, when the swell of tragic emotion subsides we fall back to nothing, we put our heads back down and forget what it is to be a part of something.

I’m taking a break from our usual jovial, wake up, bounce, hug type blog post because you can only be a part of something for so long before you start asking yourself “why.” The answer to my “why” for November Project has and always will be the people I’ve come to love and my desire to be a part of something bigger than me. And today, as I drove away from our workout smiling  I was quickly reminded by the radio that a giant storm cloud had once again rolled over the world.  But as stupid as it may seem when compared to the enormity of global strife, I was grateful for the group of people I had just left.

When the Boston Marathon bombing happened in 2013 the ranks of NP swelled. November Project could not heal that pain, there is nothing magic about our group, there is no salve for a brokenhearted city. But community and a collectively resilient soul can go a long way and simply being a part of something bigger than yourself, something safe and strong can put us back on the road to recovery. There is a reason people showed up in the weeks after the bombing…a community is a bundle of sticks.

I am not urging anyone to join NP, to run stairs, to wake up early, I am simply urging folks to be a part of something. A chess club, a bowling league, a church, a knitting club, I don’t care. It is  through collectivism and community that we heal, that we force change, that we make a broken city whole. Baltimore, my home, needs many things, things no one  can accomplish alone. It is through others, our relationships with them, the exchange of ideas and the collective push to motivate each other that can make special things happen. For a city like ours with a reputation of gang violence and soaring homicide rates maybe being a part of something is the first step towards healing.  Maybe running in a park as a community means a lot more than you think it does.

We show up for the workouts and hugs and being allowed to yell “fuck yeah” loudly in public. But we don’t come back for that, at least not every week. We come back because it feels right to be a part of something big. It feels right to know that in the very least you’re making the world a slightly brighter, more positive place. It’s a small drop in the bucket but I promise it adds up.

Our community may not solve the world’s issues. Perhaps there are too many, perhaps we are too small. But know that being a part of something truly matters, whatever it is. Times of tragedy cannot be our only times of unified voice. We must be unified all the time, even if that voice says ” we want to run all over this goddam city.” This is how cities are built and fortified.  A drop in the bucket. This Matters.