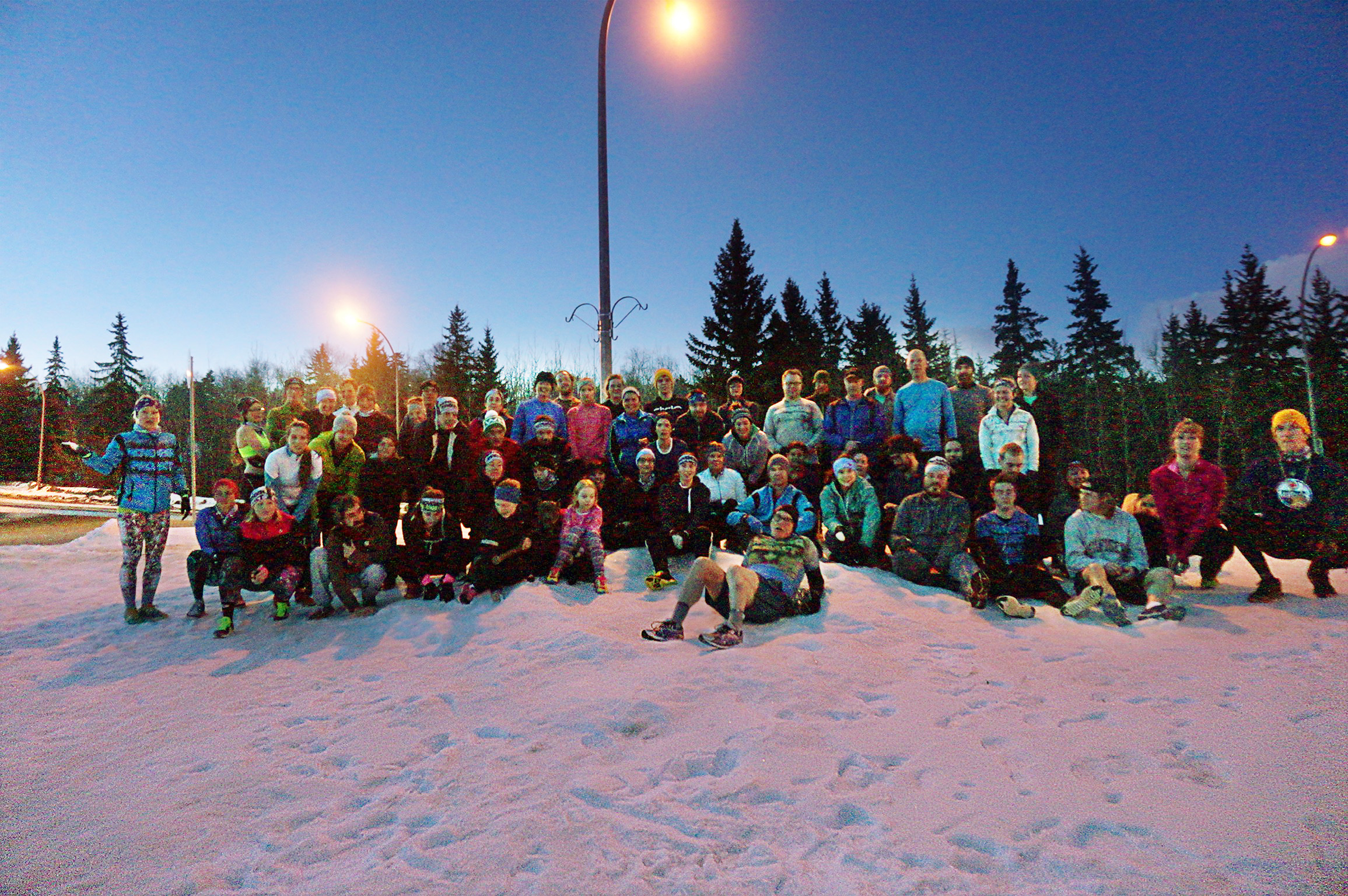 What started out as a very ordinary morning while we barked at the moon finished with burpees and poorly thrown snowballs (and mitts).

It has felt like FOREVER since I was with you all, and I missed you more than you can imagine. I spent Monday in Calgary and Wednesday in Winnipeg, and the tribe in Winnipeg is strong. I could go on an on about them because I’m thrilled to have them. Calgary… well… we’ll just leave it at that. However, as #weatherproof as Winnipeg is, there is no better place to be than right here at November Project Canada (Edmonton), the original Canadian city.

As I was having an official NP meeting with Jen on the hill this morning, we heard some yahoos honking their horn at us the entire way up. Sure enough, it was one of the November Project founders, Brogan Graham along with our least favourite co-leader co-leader, Tammara Francis (NP Calgary). He wasn’t sure if we were serious about not liking Calgary and wanted to both see the rivalry himself, and make sure that we play nice. We basically had a meeting with the principal for breakfast. It made for an awkward morning. Nothing was solved.

We were also extremely thrilled that we were able to give the Positivity Award to our friend, Email Michelle, who, in just over 2 months has both accidentally, and not accidentally helped our tribe grow. We were even more happy that her 8 year old daughter was there to experience that special moment.

Monday we will be at Macewan University, and bouncing at 6am sharp.