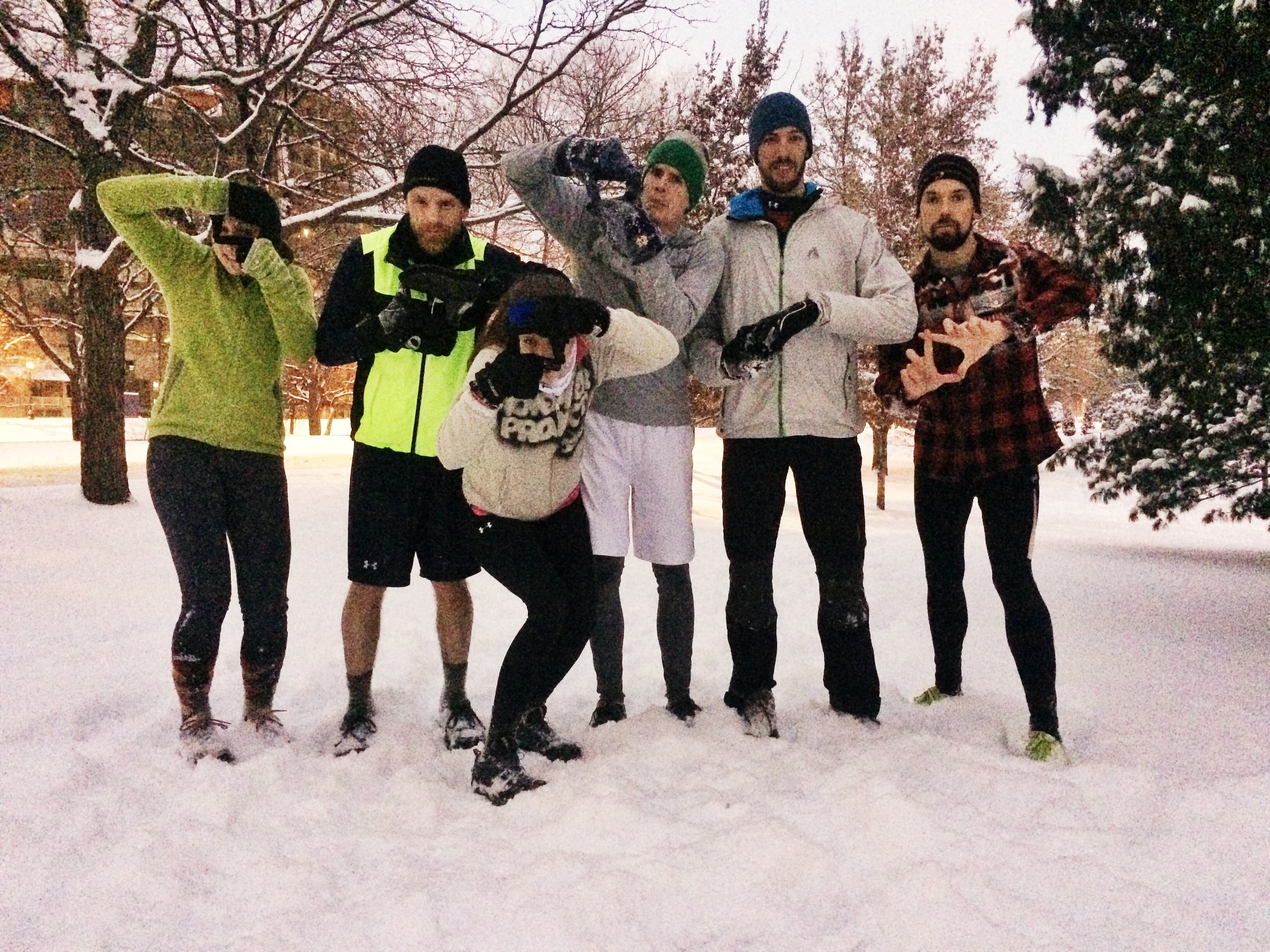 If you know anything about November Project, it is that we break for nothing, and nobody. Weather, holidays, vacations, whatever.. you can always count on the tribe. So when the holidays send the tribe leaders away from their tribe land, don’t think that we don’t put you in hands that are arguably better than our own. So, today, those hands belonged to the one and only Wally Wall Rump Shaka and she had a lot of good words to say about it so I’ll let her take the floor….

In case you are not British, Norwegian, Canadian, Australian, or of another random country that celebrates this holiday, Boxing Day is celebrated on December 26th. Also known as “Day After Christmas Day” (clever), this holiday is the day when “servants and tradespeople would receive a ‘Christmas box’ from their boss or employer” since they probably worked on Christmas. Since we don’t have any servants to give presents to, the tribe celebrated in the way it knows best—a box themed workout.

A small tribe showed up in impressive fashion this morning, proving that they are #weatherproof, #fireballeggnogproof, and #mybediswarmandcozyproof. We ventured into Sunkens Gardens Park, which after last night’s White Christmas, was more like Sunken Snow Pit Park, to begin our box festivities.

With Lt. Flanniel hanging in St. Louie with Country Grammer and their BFF Nelly, and General Mollz shredding the gnar, I, Kaitlin aka Wally aka Rump Shaker, had the keys to the tribe this morning. In true rump shaking fashion, we started with some basic ballet fundamentals and warmed up our quads, calves, hammies, and French language educations with some pliés, relevés, and sautés. Matt “Black Swan” Anzur traverballed all the way from DC to show us his mad ballet skills. It was brilliant.

After ballet, the tribe began our Boxing Day circuit of boxes. We started with a “box run,” aka “Indiana Jones run” aka “anything except Indian run because cultural appropriation.” With Jason “Track Attack” Browning and Jimmy “Long Legs” Bader pushing the pace, the tribe sprinted through 6 inches of fresh pow, then jumped into a circuit of box jumps, box toe-taps, box tricep dips, and bear crawl forward-side-backwards-side in, you guessed it, the shape of a box. Then onto another box run to repeat the circuit approximately 1,500 times. Less people + fast pace = more reps and killer workout. Mad props to Amy “Eggnog” Barnes for showing up like a champ.

“Bearded Troy” Coleman suggested coffee and the small tribe obliged. We drank warm beverages and discussed intellectually important topics, such as Casa Bonita and that new Bruno Mars song that is so damn catchy. We all agreed it was the first, only, and undoubtedly best Boxing Day we had ever celebrated. The Tribe is cultured.

Until next week, General Mollz