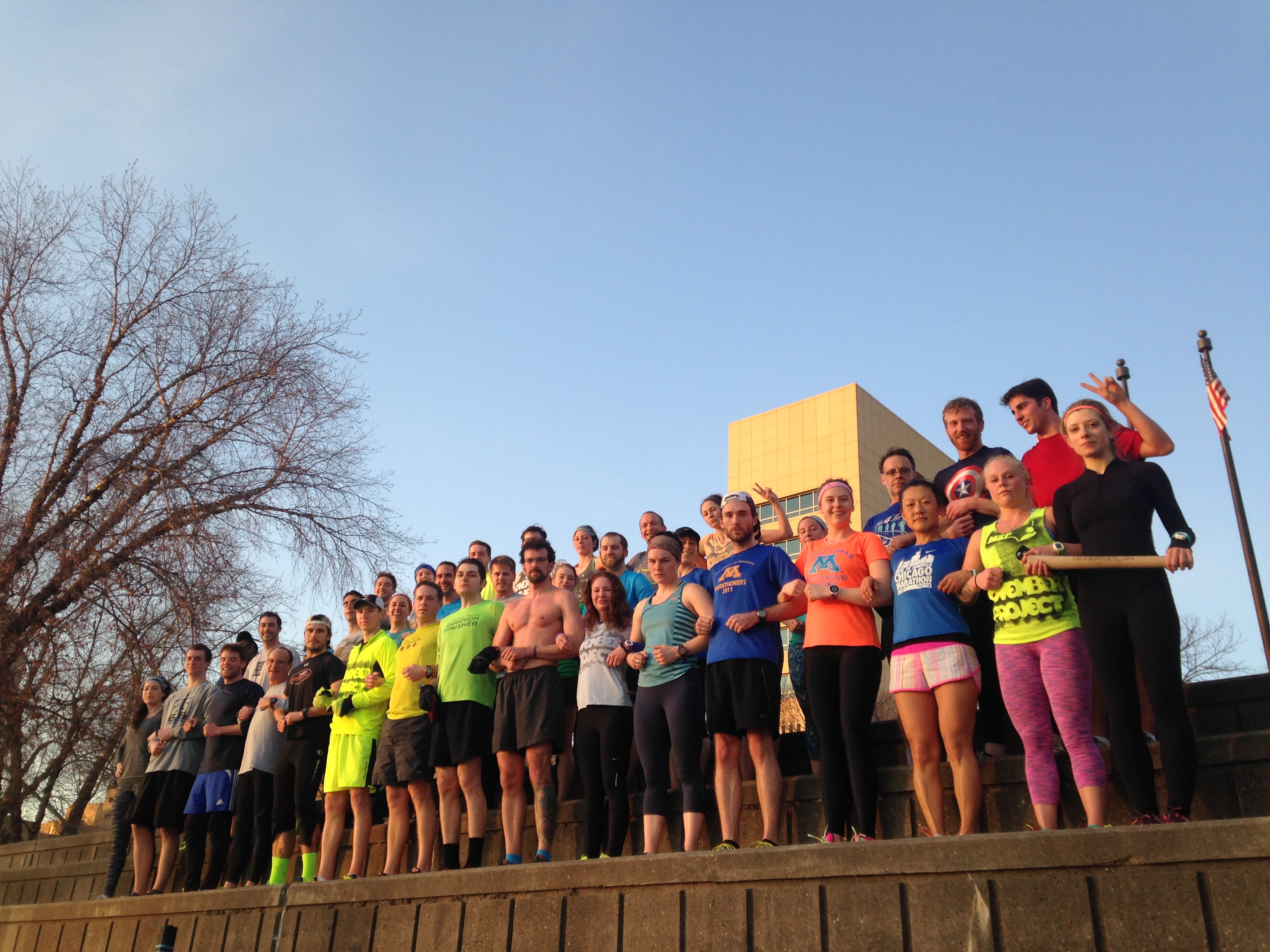 The morning was “mild and moderate, ” words from traveling MSN tribe leader PB or Pat Bauch.  That’s right, we had two Bauchs in the house this morning.  As 6:20 approached, members began to saunter in.  Faces showing, some bare legs.  For April Fool’s day, MSN leader PB led us through an interesting warm-up consisting of armless “fish hugs” and a bounce that took on grumpy, low, high, Russian, and sticky tribe member interpretations.

The snow is gone and spring is upon us here in MSP.  Though the banks of the river rise, we challenge them by running to the river’s edge, touching the Mississippi, and climbing back up the 5ft wall. This move has been named “touch down teddy” by tribe member Liz Hancock.  This HARD workout we call the Bridgewater in reference to NFL Vikings quarterback Teddy Bridgewater.

The tribe congregated on the steps leading down to the “touch down teddy” wall and the river while tribe member Liz Hancock handed off the positivity award to newer but incredibly positive member Manja Dobraca and a strong group photo was taken as we #wokeupthesun.

Bridgewater may be fast but #NP_MSP is fierce.  The tribe is strong.

Photo courtesy to this guy. Jeremy Norton, what a beast.

We “do” Fridays now!  6:27am, The University of Minnesota Boathouse.  See you there.

‘Tis the season to bring your fair weather friends!  Next week the person who gets the most new friends to a Wednesday workout will receive something “special” from leaders Ben, Holly, and Ian.