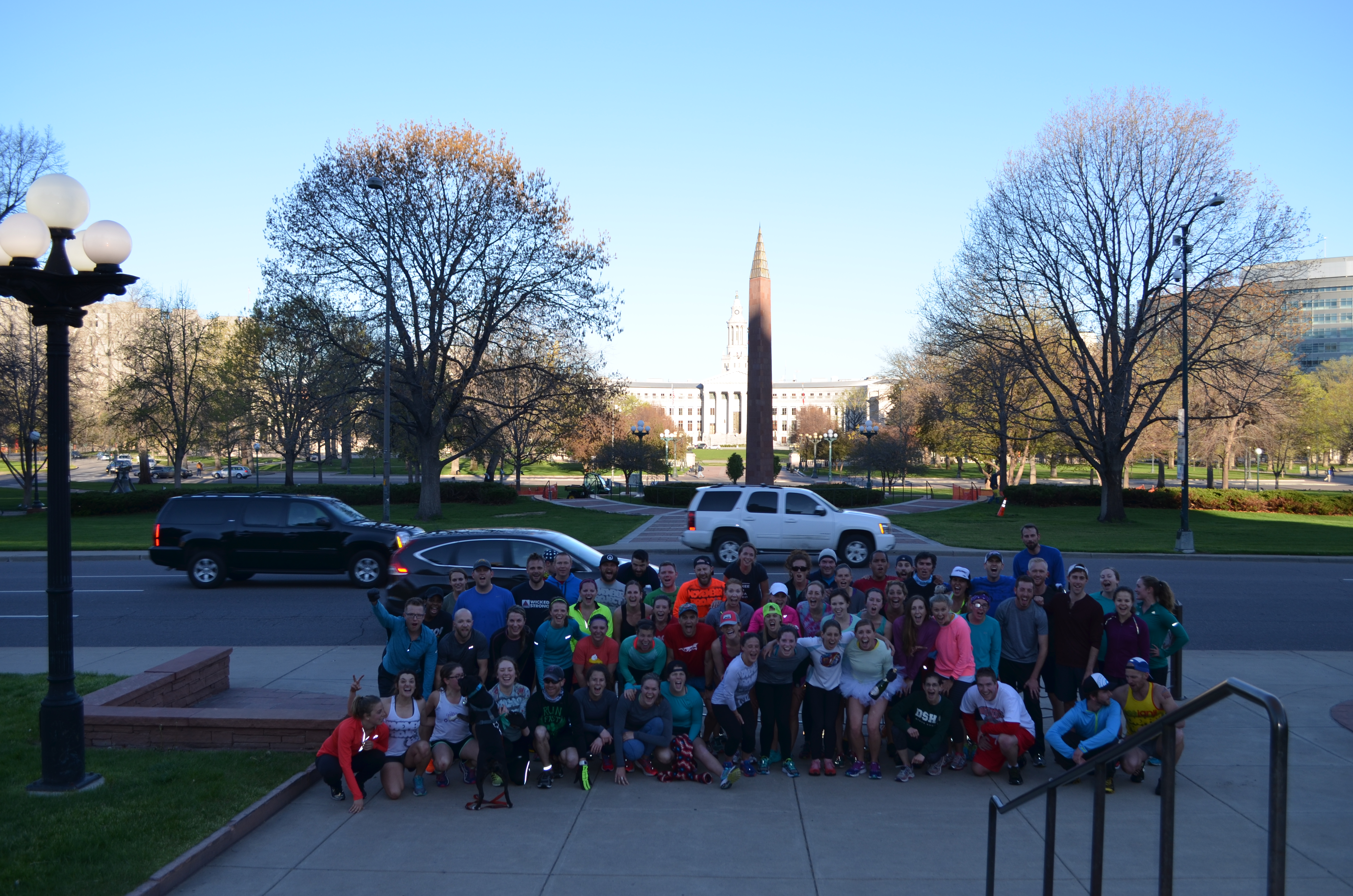 Glow worm is the common name for various groups of insect larvae and adult larvi form females that glow through bio-luminescence. They may sometimes resemble worms, but all are insects (Arachnocampa and Orfelia being flies and all the others being beetles). – The Wikipedia

As clearly stated in this excerpt, glow worms… glow. They glow through a little process called bio-luminescence, where molecules produce light because they are in an excited state. Something seemingly rare, but I bet it happens more often than you think. Even in you! I don’t know about you, but I was in an excited state this morning. Judging by the amount of light emitting from each and every one of you, I’d guess that your state was pretty excited as well!

I see it so often when the circumstances are just right. Like today. The sun was up. The air was warmer. The flock… flocked… to bigger flockiness(?). You worked up a good sweat. You talked and laughed. You swore. You hugged! The perfect recipe for a little bit of bio-luminescence! This tribe brings out the brightest in all of our souls. People notice you differently after one of these workouts because of how brightly you shine. The homework that Woody gave out last week becomes easier, almost second nature, because you shine so brightly. You make other people shine a little brighter because you give them some of your light.

All I’m saying… be that chemical catalyst to spark the bio-luminescence in others.

Shine bright, and leave everyone better than you found them!
~Sarg