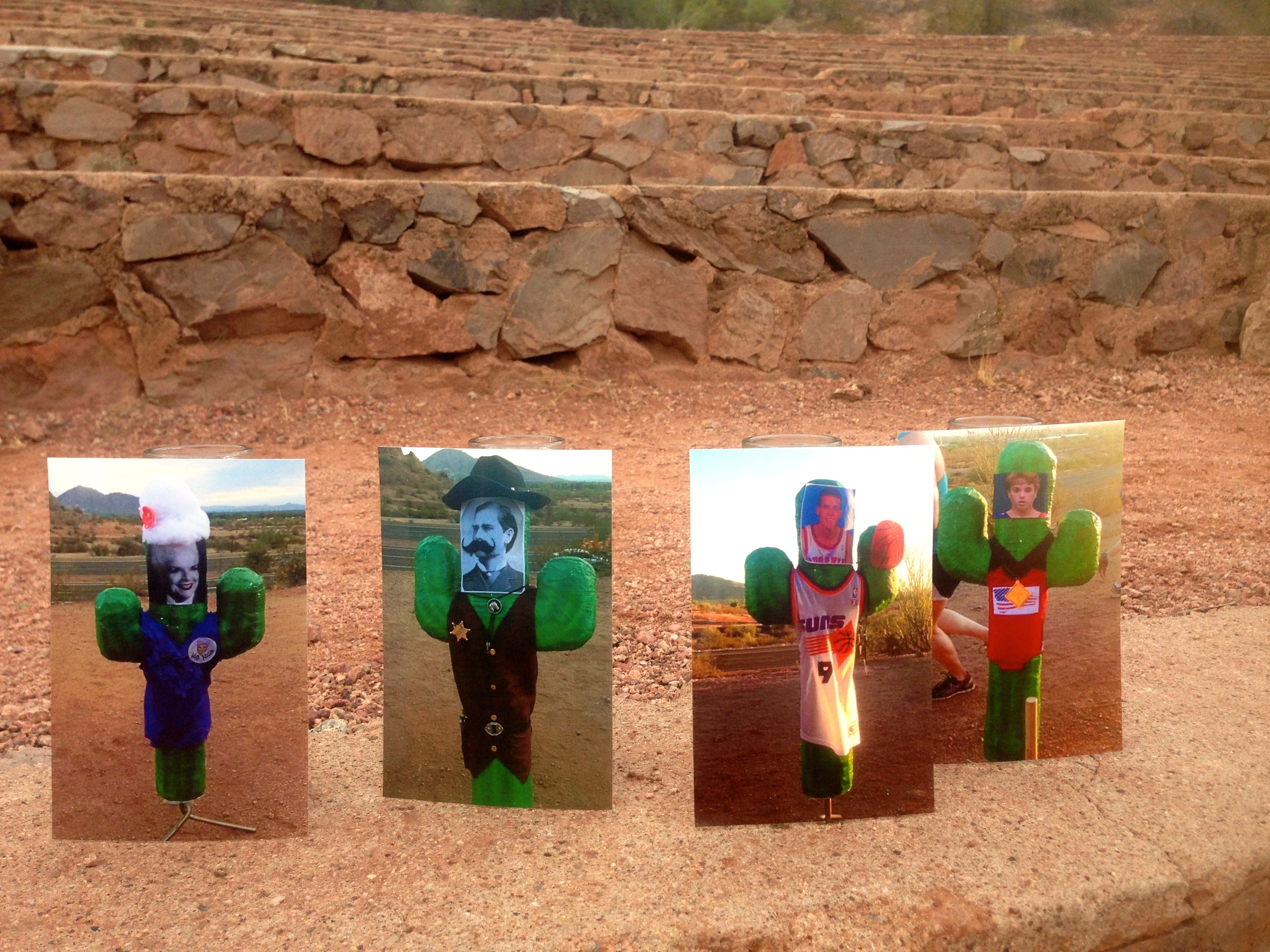 After several weeks of dressing up our cactus as four different

potential namesakes, the tribe has spoken on which name they like

best. The winning name won in a landslide as more than half the tribevoted for this sucker. For those who were not at the workout yesterdaythe winner is…………WYATT EARP!

There really isn’t anyone better suited to represent the Wild WildWest. The dude was part lawman – part myth with a moustache that justdidn’t quit. He was a real live gun-slinging hero, shooting up cowboysat the OK Corral and making a name for himself. Our Duel in the Desertworkout inspired by Wyatt was an instant classic proving his forceresonated with the tribe. It seemed like the tribe was pretty pumped.The day was exciting already, but the addition of the photographerthat Phoenix Magazine sent out to shoot some sweet photos made the dayeven better. Seems fitting that they are planning to feature NovemberProject in the November Issue. I’m certain that he was able to grabsome pretty sweet shots as the tribe was once again on point.

Speaking of on point, Jesus killed it today and was awarded theCrushing It award by fellow tribe member Lola.

In other news:Given the tribe’s clear love for Wyatt and the Wild West we decided toincorporate that into our yearbook photos which have been completedand will be up shortly for your viewing pleasure.