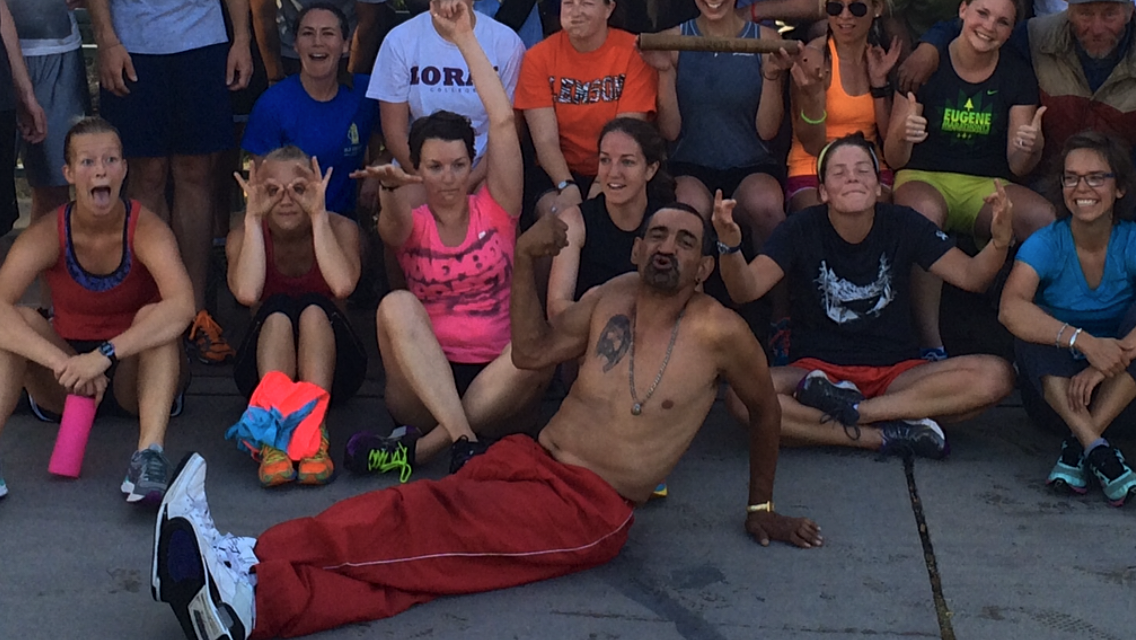 Here’s a joke for you— what do you get when you mix dangerous traffic, burpees, dips, lunges, bridges, one armed pushup competitions, stairs, ramps and tattooed homeless men taking their shirts off? I know you’re probably thinking Rocky Balboa’s birthday party but the answer is, this morning.

Thank god for all of the NP believers who so willingly place blind faith in our hands. This morning, 30+ humans showed up to the sketchiest destination yet, which to the non-believers would only appear as a busy intersection with a high abundance of stolen shopping carts. I almost got hit by a car getting there and I’m pretty sure I ran through a puddle of piss while testing out the course, but in the end, it was fucking awesome. Instead of a gaggle of homeless men being pissed that we woke them up, they matched our energy and got down with the dancing and up with the burpees. If you look hard enough, you can probably spot them in the picture.

Julia did a really great job of being you today, despite clocking in at a measly 5’8”. She replaced you in the 5:30 group and now officially knows the secrets of pre-workout recon missions (do we have to kill her now?). We turned what could have been a destination-dud into a top competitor in the upcoming bid for the site of the 2024 summer Olympics.

The vibe was high and the tribe proved once again that they are really fucking strong. Weekends were earned left and right. I know you have a “job”, but we miss you when you are gone. Also, I charged the batteries and Benny the Beat Machine made it through the whole workout! Are you proud? Did I earn a waffle?

P.S. I totally forgot to tell everybody that we will be racing PR clovers at the Civic Center Amp on Wednesday at 6:15am and to bring themselves, positivity, endurance and everyone they know. I hope people #JustShowUp.