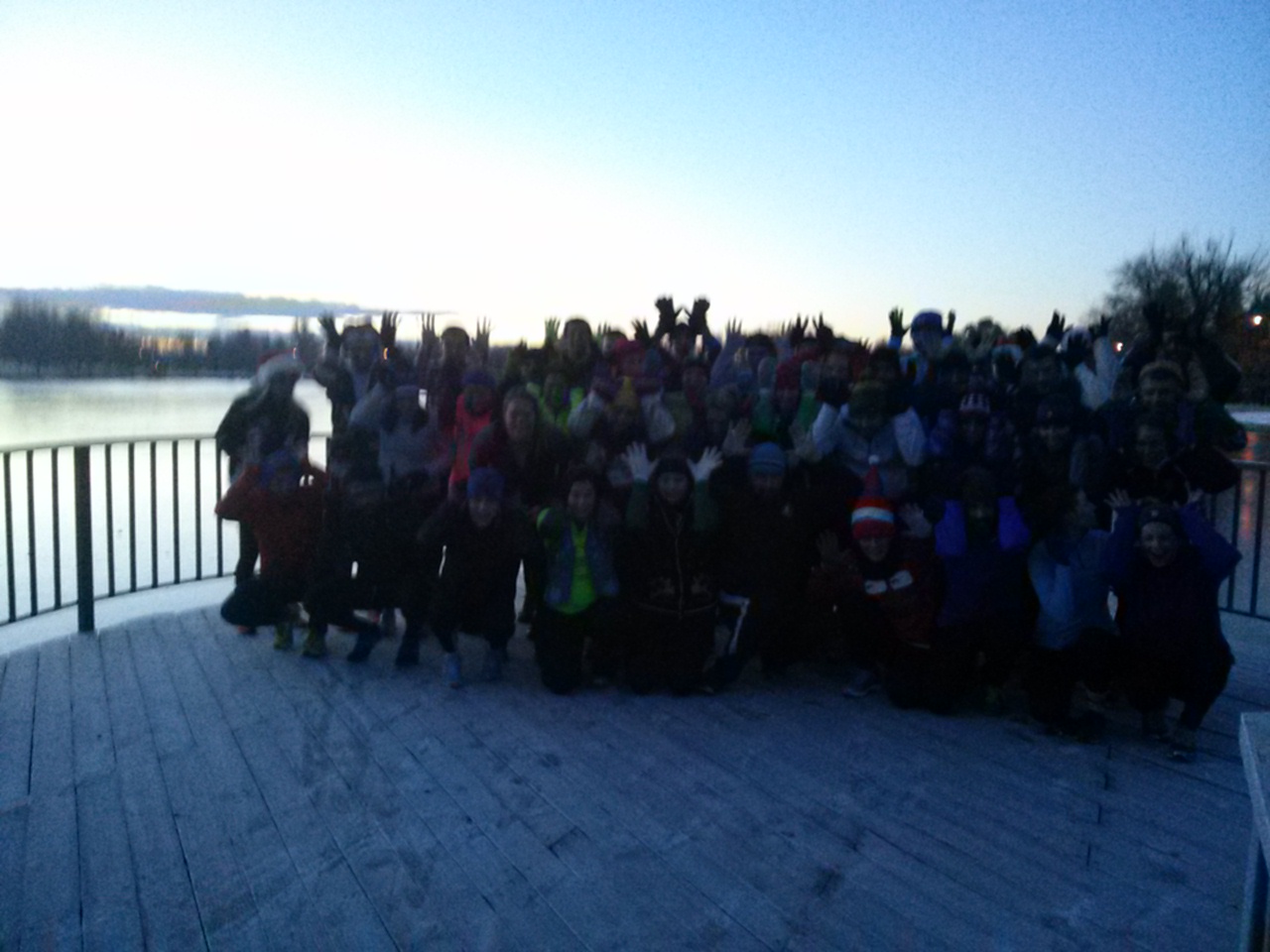 This morning as I biked home after enjoying a post-workout coffee with some of the tribe, I was overcome by an extended moment of bliss. My surroundings were picturesque, as the rising sun’s rays sliced through tree branches, and frost glistened on the windshields of parked cars. In this moment, I felt completely present, aware, fulfilled… joyful. This moment was the culmination of the morning, where a bunch of yahoos met in an unlit tennis court at 615AM in search of vibe and vigor.

The LieutenantGeneral choreographed a delicately balanced workout of romantic figure skaters, shuffle-shuffle claps, and EPIC 3-court wide tennis court suicides. Despite the dark, the cold, the hangover, the tribe welcomed some newbies! There was some hideous holiday attire, some traverballers speeding back from the airport, and even an overly-accountable-few extending the workout because they showed up for the LATE Project.  We embraced each other with T-Rex hugs and the General, imbued with power, ordered groups to gallop around the tennis courts as if they were pulling Santa’s sleigh.  One hundred and ninety-nine reindeer pranced, dashed, and blitzed around the courts. And two moderately drunk reindeer teams veered off course and ended up in the gutter down by the river.

So, as I rolled along the streets of Denver basking in my joy as a result of the mornings activities, I began to sing. The lyrics were not important, but the feeling was. I was in this moment of pure joy, sing-songy & cycling during my commute, seemingly high on a cloud that none of the vehicle-encased-commuters could relate to, nor understand. This morning was not good. It was great. The tribe poops candy canes.

WEDNESDAY 615AM (Day 8 of Hanukah/Christmas Eve (12/24))- Thank god for Jewish tribe leaders! Join The General in the Civic Center Amphitheater for more of the same awesome that gets served up every Wednesday. Brunch after? If you insist.