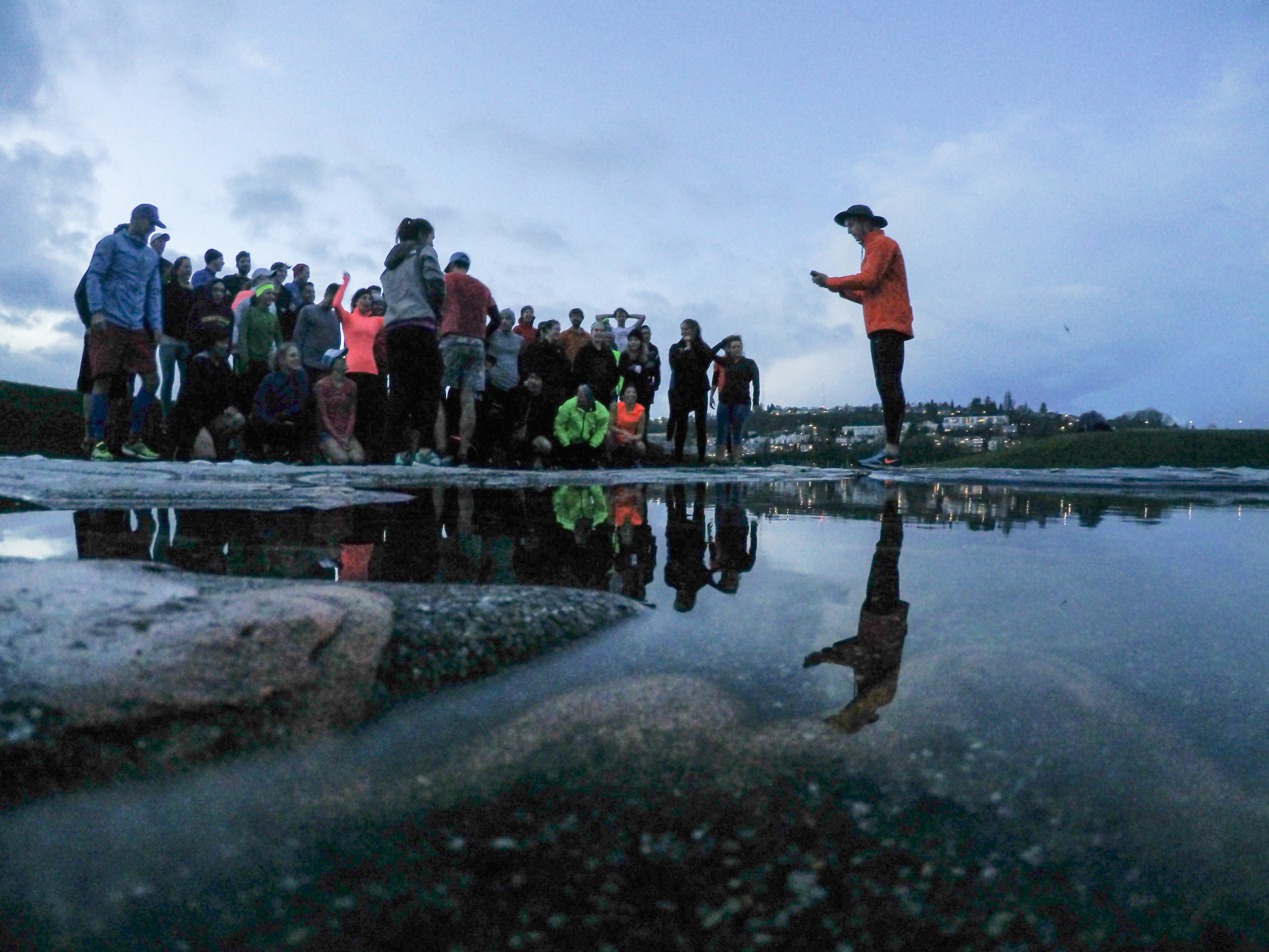 Picture this… Me standing in my kitchen at 5:45am when the room lit up as a lightning bolt cracked and ran across the sky.  I started asking myself, “when does this whole hashtag-weatherproof thing become a hashtag-liability?”  By about 6:10am when the thunder and lightning showed no signs of slowing up, I began to wonder what the chances were of the tribe showing up.  Yet again, I was proven wrong.  It was a smaller group this morning, without a doubt, but as fierce as I’ve seen since our inception.  For good reason; it takes a special kind of badass to show up and stand atop of a hill next to a city-block-sized metal gasification plant.  Tip of the bucket hat to you, tribe.  You are strong.

Wednesday, December 16 – “Light It Up (Major Lazer)” – Our darkest workout of the year.  Without the help of today’s lightning, we’ll look to light up the park with the help of headlamps, flash lights, glow sticks, tiki torches, actual fire, whatever you’ve got.  Be the illumination station you’ve always wanted to be!  The workout will take care of itself.

Wednesday, December 23 – “DC takes Seattle” – Co-Founder and Co-Leader of November Project DC, Danny Metcalf, will be in Seattle and leading a workout along with myself.  As old college buddies, this has been a long-time coming for the two of us, so get ready for a fun, fierce and likely free morning to start your holiday break.  Do not miss this.

Wednesday, December 30 – “Best of Seattle 2015” – We’ve had an awesome year since Seattle became a tribe in late August.  Let’s celebrate with some awards and maybe (just maybe) a free workout.