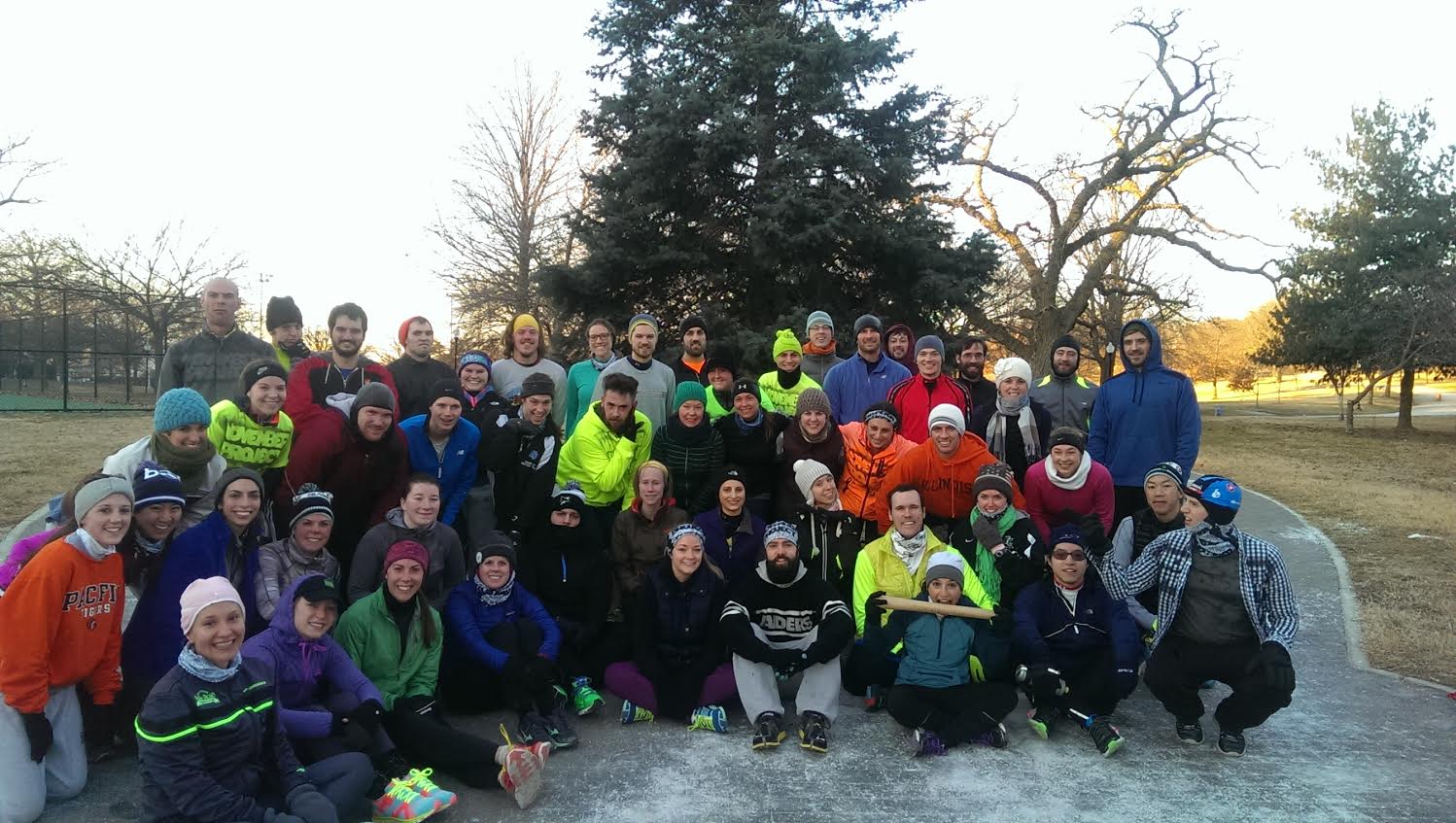 Alien invasion this morning. Bojan, aka “James Shorts” invaded today’s workout bringing with him some of that Northeast positivity and a little bit of those subzero temperatures. We were super amped to have him but most amped when I managed to get a good picture of him and Bobby’s Beard, which always deserves to be capitalized and makes any picture better. You guys did us proud. It was 11 degrees today and you people came out in droves…which brings me to my big thought for the day.

You people are way fucking cool. Pardon my french ( I do speak french, but that wasn’t actually French…it’s an expression) but I had to say it. Having Bojan’s massive presence with us this morning reminded me that somehow, all of us, all of you, are just a little bit different. I say it all the time but I’ve never met someone who is willing to wake up at 5am in the morning, in sub zero temperatures for a workout who is totally lame. It just doesn’t happen. Lame people are still in bed.

So take this moment to give yourself some credit. Bojan and Brogan had this little morsel of an idea 3+ years ago and for that we are super grateful. But NP doesn’t work without totally rad people. It isn’t until you start waking up early, tying your shoes a little tighter and demolishing some stairs that you realize how many other people like us there are. NP isn’t any magic formula, it’s just our way of dredging up the cream of the crop, the raddest of the rad, the baddest of the bad and putting you all in one place. When you get home from NP, before you jump in that well deserved hot shower, take a moment to look at yourself in the mirror and allow yourself some pride. Yeah, your mother says you’re insane, your roommate thinks you’re an asshole, and your boyfriend/girlfriend wishes you would just stay in bed. But you wake up because you’re different, because pushing yourself is what you were made to do. Whether you’re an ultramarathoner or you just got off of the couch, waking up and finding your type of people sets you apart. Take a moment to think about that. Then go out and do the next rad thing.

If you had a chance to talk with Bojan this morning I hope you thanked him. NP has changed a lot of lives and will continue to do so. But, if Bojan had the chance, he’d probably thank you right back. Then he’d send me to thank your mother for birthing you. Don’t get a big head about this, but you are not average. You are in pursuit of your wall and when you find it, you’ve got a whole tribe at your back helping you to break through. Keep waking up early, keep owning  life, keep living hard, keep having fun…