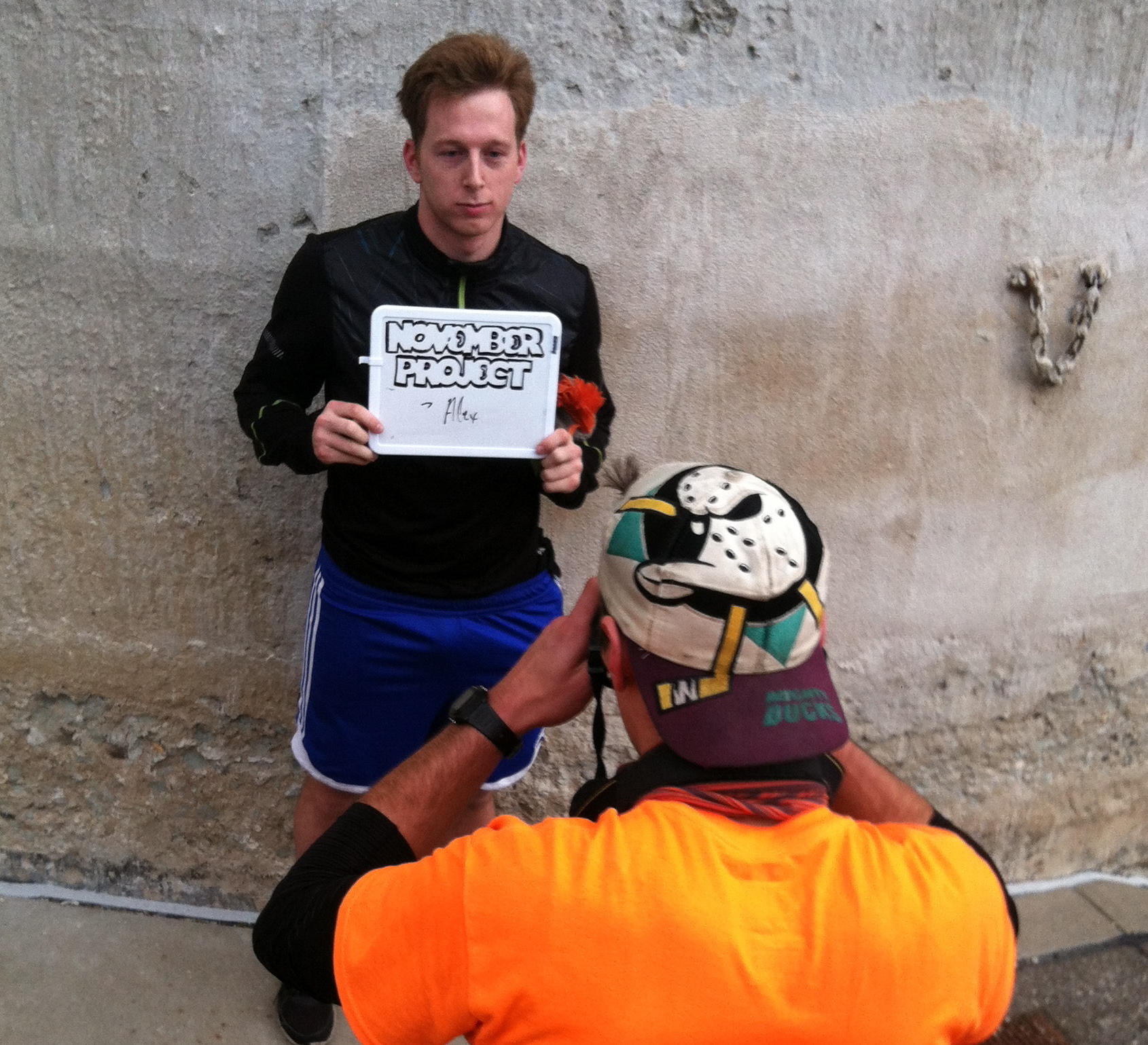 Because a November Project party don’t stop!  Seriously. The excited buzz radiating from the 60 awesome human beings that showed up started well before 6:30 (some came early to hang out and get pumped!), and continued well after the workout had finished and yearbook photos were being taken.

At 6:30 we began the morning by circling up.  We stretched the circle out to show just how much our group had grown in a week. Then tribe leader Ben, shouted for all new tribe members to move to the middle of the  circle.  The new people shouted their names to the old people left on the outside of the circle all at once. The the old people shouted their names back.  Then the fun started..

All new people paired up with old people and we jogged down to the bottom of our signature hill for the #Sixer, where we gave directions for the workout.  We did the classic #Sixer workout consisting of 6 reps up the hill, each on a 5 minute interval.  It doesn’t take 5 minutes to climb up and down the hill for some though, so those who made the trek back down with time to spare rotated between box jumps, push-ups, and flutter kicks.  The meat of the workout lasted 30 min.

After the workout, we made the trek up a secret trail back to home base. There we posed for powerful, and a goofy group shots, then passed on awards. This week, Colleen Supple became the new lumberjack of the tribe. #Positivity was passed on to the wild and spirited Dana Johnson. Finally, #YearbookPhotos were taken of each tribe member.  60 people on a cold, wet, gloomy morning. Inspiring group in MSP.

What would 75 people feel like? Show up next week, bring your friends, and lets find out together.