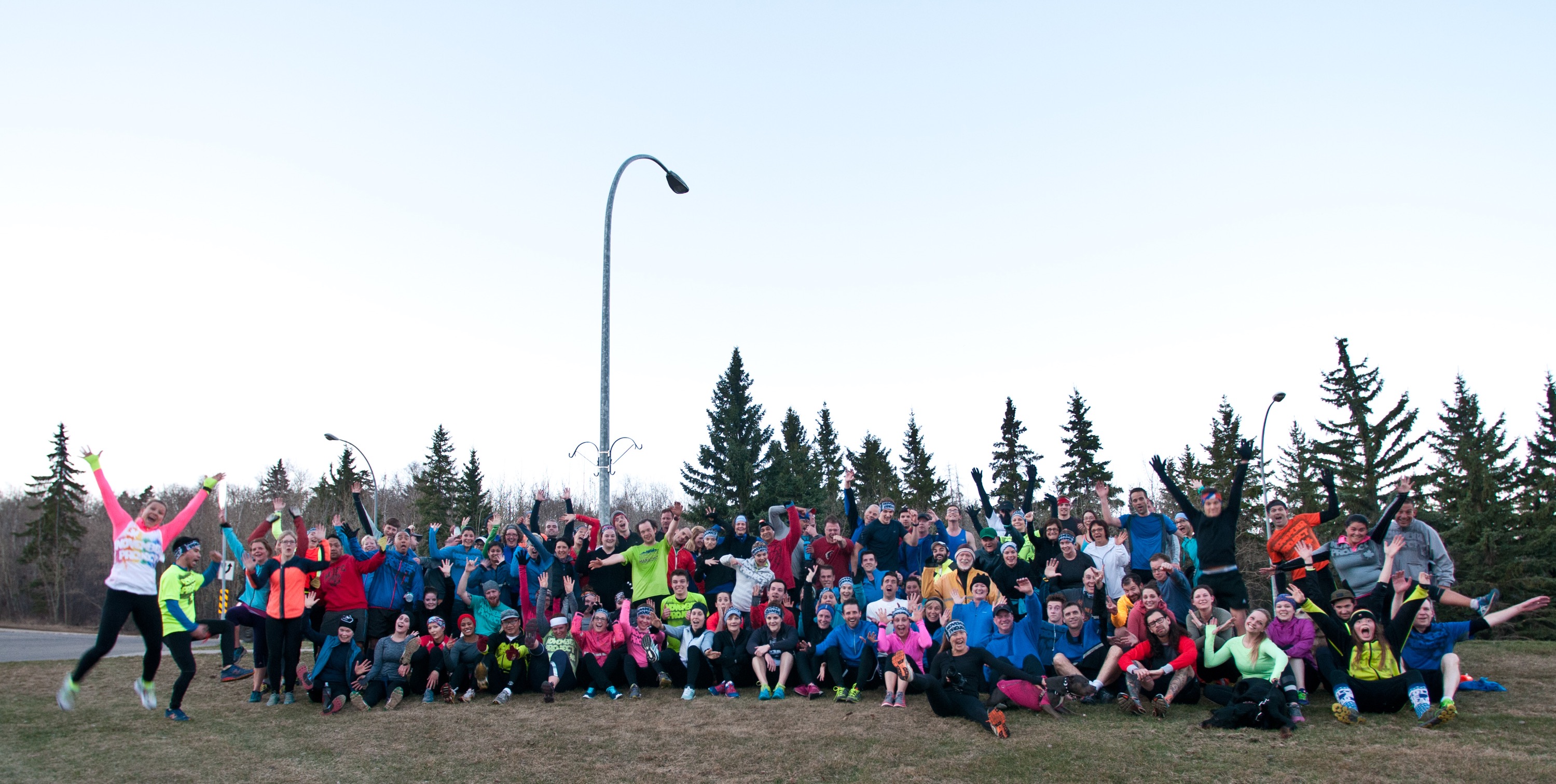 Today’s blog is going to be short, like me.

Turns out, most people just put their hands in the air when they are told to do an action. We were not arresting you. Andrew wasn’t even wearing his police vest today. He probably doesn’t even know the Miranda Rights. Speaking of Miranda Rights, my legs are in a world of hurt right now. Whose idea was it to start off with the Upper Deck at Commonwealth anyways? Just so everyone knows, Andrew is currently going through the unofficial November Project Canada #LeaderPledge that we just created this very second. He lost leader status when he went to do his day job. He really wants to be considered a leader again, so… don’t be alarmed when we start making him do random things.

Did you read Josh’s story that we posted yesterday? You’ll read it. You’ll probably tear up. You’ll want to give someone a hug. Come find me and I will give you that hug.

There’s a bunch of us helping out with the Kids in Action Race at the end of May. Do it. It’s for the kids.

Monday, we will be working out HERE.