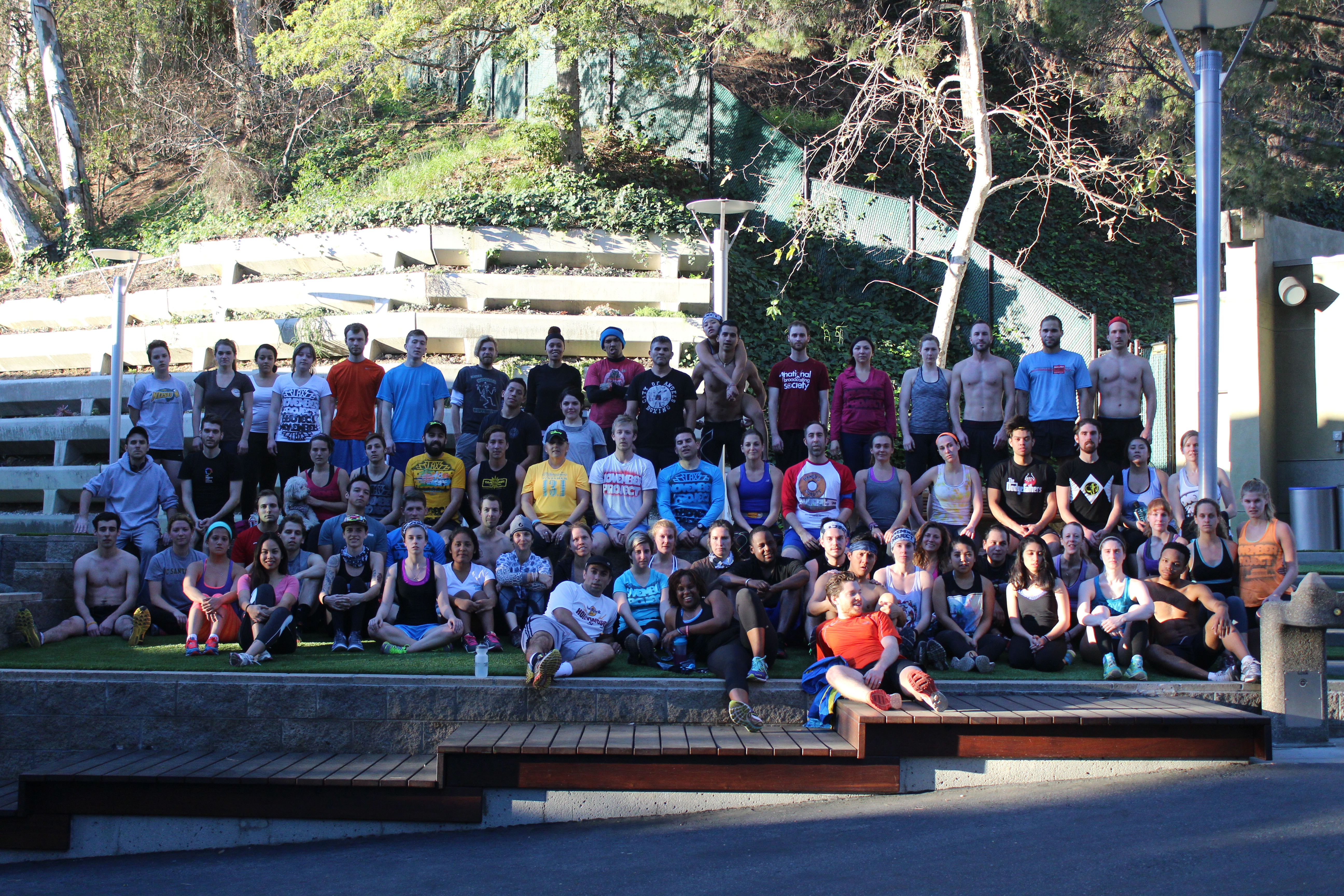 Throws cards to the ground

MASOCHIST NUMBNUT LEADER: Aces equals racing. Choose anyone and race them! A red face card, run in that direction. A black card, that path. Here’s where it gets a little fun. Black number cards. Burpees corresponding to that number. Red number cards HOISTIES! Find someone else who has a hoistie card and add your numbers together. Alright alright alright, here we go! And GO!

TRIBEMEMBER WITH BIG BOOTY pulls up a troll card. She pulls an 8 of Clubs.

She drops into burpees.

TRIBEMEMBER WITH WITH NP BUFF: IT”S ON!

TRIBEMEMBER WHO KEEPS PULLING BLACK NUMBER CARDS is still beasting through the work out even though she’s probably 103 burpees deep.

TRIBEMEMBER WHO KEEPS PULLING BLACK NUMBER CARDS: This section should just be named after me. I’ve literally been doing Burpees. I hate cards now! I want to do-

TRIBEMEMBER WITH LITTLE CLOTHING {inner monologue} : {Fuck Yeah! I pummeled his ass to the ground in that Aces Races. Shit I still got Hoisties.} Who wants to do Hoisties with me.

All the men flock to her side. A dude flaps his hands to be chosen. She picks the dude to stop the constant sweat shower. Weather unknown to LA.

Minutes pass as the tribe counts down the time

Everyone collapses not realizing the workout isn’t done.