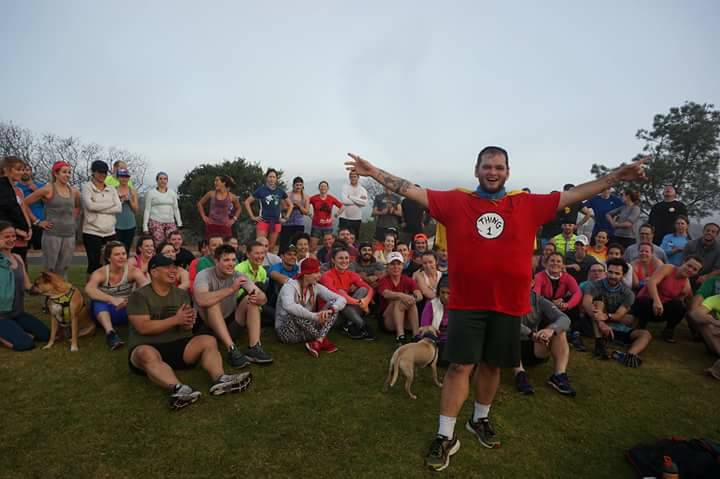 Today’s guest blog post is from our friend, Joalby. I met Joalby through the Elevation Culture Trail Run group. And he’s the epitome of “just show up.” You all know (and love) Joalby, so read about his story here.

Accountability. A word that holds so much variance for me. Accountability. An act that I felt set out to make me appear weaker, as if I needed others to succeed, as if I could not fulfill my journey unless I did so without “owing anyone anything”

Trust. A practice, that after a course of events early last year, set me on a course where I did everything in my power to be wary & less trustworthy of others.

Connection. A basic human need I had come to question if I would ever be open to again, and if so in what new ways?

Enter November Project on November 8th of last year. Yes November Project very much became my NOVEMBER Project. I’ll admit I already knew Lauren, Angelo, Eugene, Alex, Justin, Jeff, Cass & Rachel and so many more of you through running groups around town. I had been invited before. My reaction, “Ok yeah I’ll go” 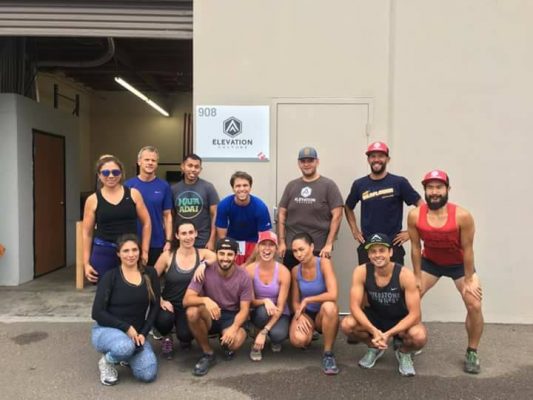 Then the day would come and no, I wouldn’t. Am I going to have to hug people? Cos I don’t like touching people. Am I going to get challenged? Cos I got a big mouth & talk back. And most importantly – am I going to feel safe? Cos for the last 7 months I hadn’t.

But here we were on November 8th & here I was sitting in my car, freaking out, looking out at everyone doing the bounce, as I was talking myself into getting my ass out of the car and going to join in. I realized when I saw you all run off that it was now or never. I jumped out of the car and tried to blend into the crowd where no one would know me. That lasted all of probably 45 seconds before the first “Hi Joalby” and it continued. And it continued. And as I ran around the Spreckels Organ Pavilion running into friends I knew, running the opposite direction – I felt something I hadn’t felt in a long time. I felt safe, I felt like I belonged. I felt like all this STUFF I had been saying about “Fitness could be fun” was finally true. Fitness could be fun cos I was having the most fun I’ve ever had just kicking my ass in the process. 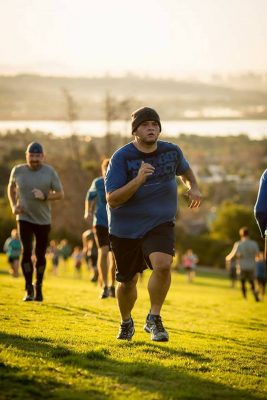 Then I returned and then I returned. And then there was Coffee Social Hour. And then I heard about Stairs on Tuesdays. And then I heard about Sunrise Hikes on Fridays. And then we did a Pop Up Deck of Cards Workout. And then I decided to tag along & Traverbal to NPLAX. Me with 4 guys I’d only just met pretty much. Me Mr Connection ugh – Trust ugh – Accountability psh. But there we were running up Baxter Hill at 6:30am, running stairs in Hollywood Hills and hiking up to the Hollywood sign. I was establishing connections which I couldn’t get in other aspects of my everyday life. And that road trip between singing Charo & radio issues & kicking Ian when I started getting leg cramps was the most fun & laughing I’d had in a long time. I was BEing Happy – without having to think about Being Happy. 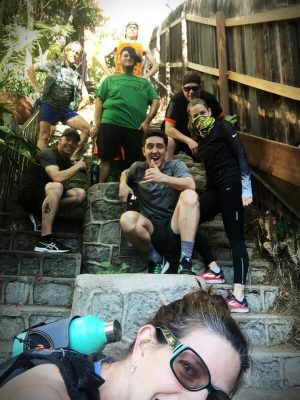 Accountability, through NP, I had come to find wasn’t about owing anyone anything. Accountability actually makes us stronger. We have to connect with someone and trust someone enough to let them care enough about us & to go on this journey with us. This journey I had thought of as my own, had become my journey – that I now had so many people joining me on. And likewise, I was now part of their journey. Everyone I’ve met in November Project has a story as beautiful as they are, everyone I’ve met in November Project has a purpose driving them, a past defining them, and a future inspiring them. What’s amazing is everyone’s story is different, but in the world of community we build here, everyone is part of each other’s journey and story.

I opened myself up to trusting people again because of the community in place, because of the shared mindset and respect for one another, because of the safety I felt allowing me to be the authentic ME and not the character I had played for so long. I learned to value connection, whether it be a hug or a smile or a laugh over coffee or deep conversations over breakfast. I became part of a community whose focus was so contrary to what everyone I knew thought of community. I became part of a community more closely resembling the one everyone SAYS they’re seeking out, but so many rarely pursue. 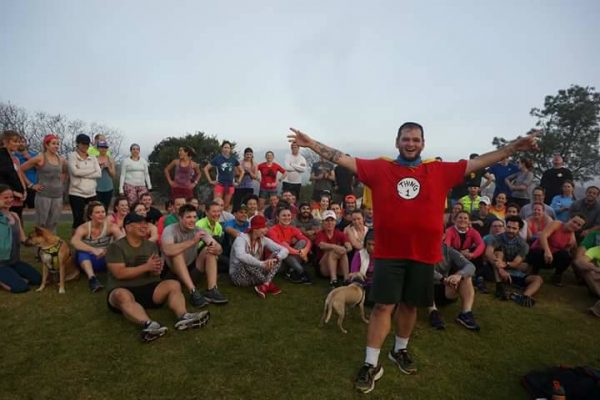 There is something you get out of November Project, that you can’t get out of any other gym, fitness community or group. I’ve had coworkers tell me I seem happier than they’ve ever seen me. I’ve had friends and family mention I’m looking better & carrying myself more confidently than before. I’ve had other people I train with tell me I’m a lot crazier (intensity wise) than I was in the past. The only thing I’ve changed in the last two months, is I showed up.

So I get it now, when people told me to just show up. I asked what is it about. I asked what will I get from it. I asked will I fit in. I asked, how do I get one of those cool shirts. Haha, no but for real – I totally did. Since becoming part of this beautiful madness & life changing insanity and perfection that is November Project, I’ve been asked by people to describe it and I get it now. #JUSTSHOWUP 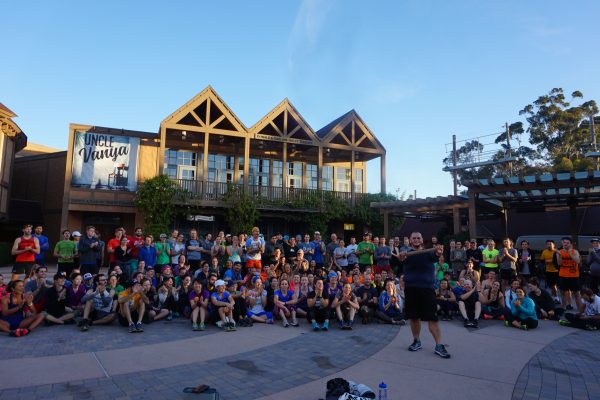