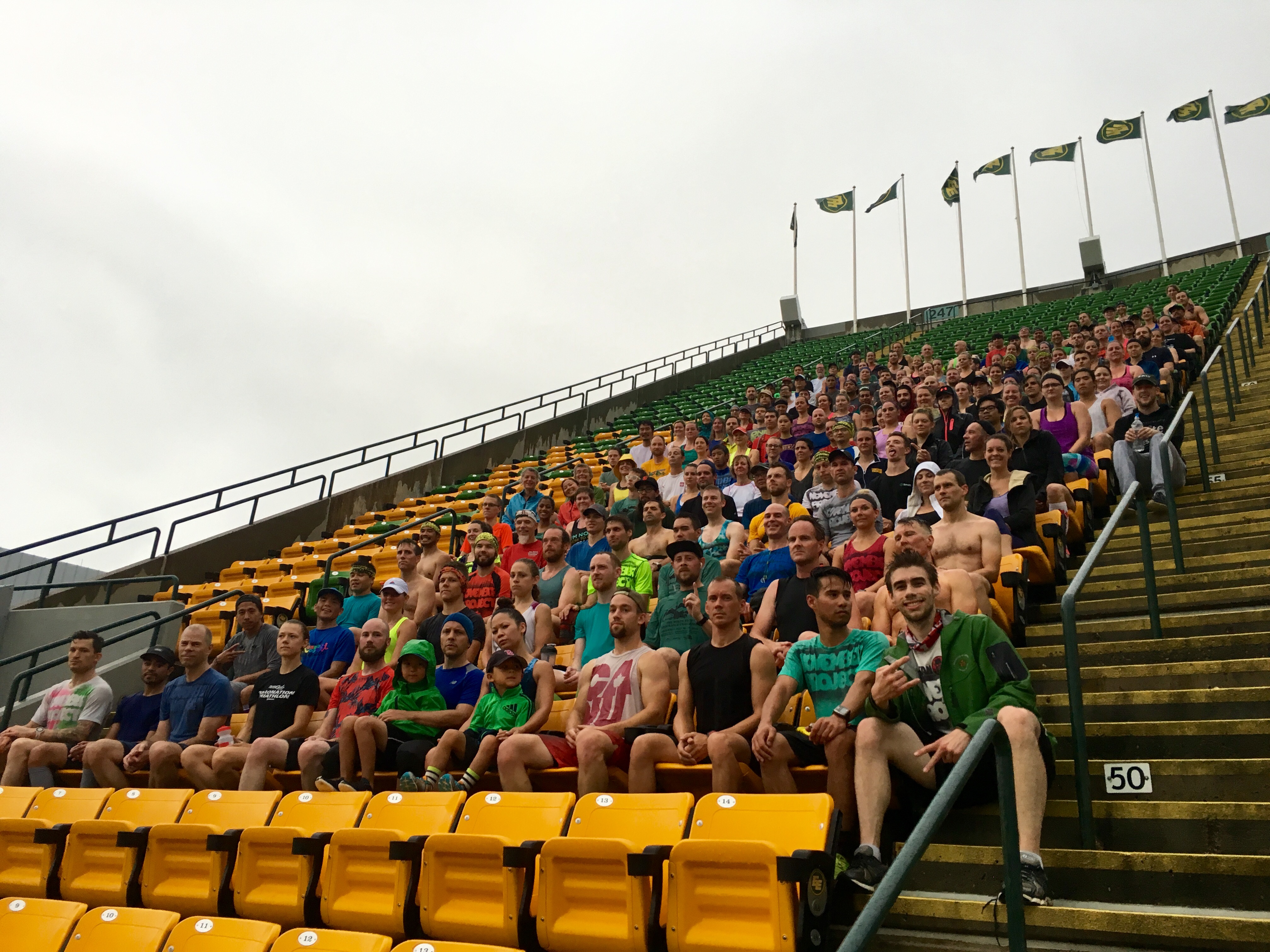 Did you know that about 52% percent of all traffic accident happen within 5 miles / 8 kilometers from home? A study conducted back in 2002 (ok…I know its old but still works for today’s purposes…you’ll see why as you continue to read) provides a couple explanations for this statistic: 1. drivers tend to have a false sense of security when driving close to home 2. distractions.

You may be unaware that an accident occurred today. On the final step of the old96er…truly…the very last step that needed to be taken to earn the coveted tag…there was an accident. Maybe it was the false sense of security of being right at the end, a mind lapse after completing all but one step of Commonwealth Stadium. Maybe it was due to all of the distractions around him – Paul lumbering towards him, double stepping down the upper bowl or the crowd cheering at the base of Section AA. Or maybe it was simply the pure jelly-legged, light-headed jubilation that was felt while only one step away from completing the old96er that caused our fearless leader to slip on that final step, falling into the arms of his adoring fans while scraping up his arms and requiring the first aid pouch I keep on hand and used for the first time today. Doesn’t matter the reason…what matters is that he devoured that beast – gristle and all! Congrats Nadim and all of the other old96er finishers on completing the lower and upper bowls of Commonwealth!

Huge shout out to all of those 5:30 starters who attempted the challenge and to all of the tribe members who bounced at 6 and gave it your all for 30 minutes. It’s all progress. It’s all about building stamina and endurance. It’s about getting uncomfortable and stubborn! Mark your calendars – Wednesday, August 24th will be your last chance this season to go for the alluring old96er!

Friday **Hill Change for This Week**