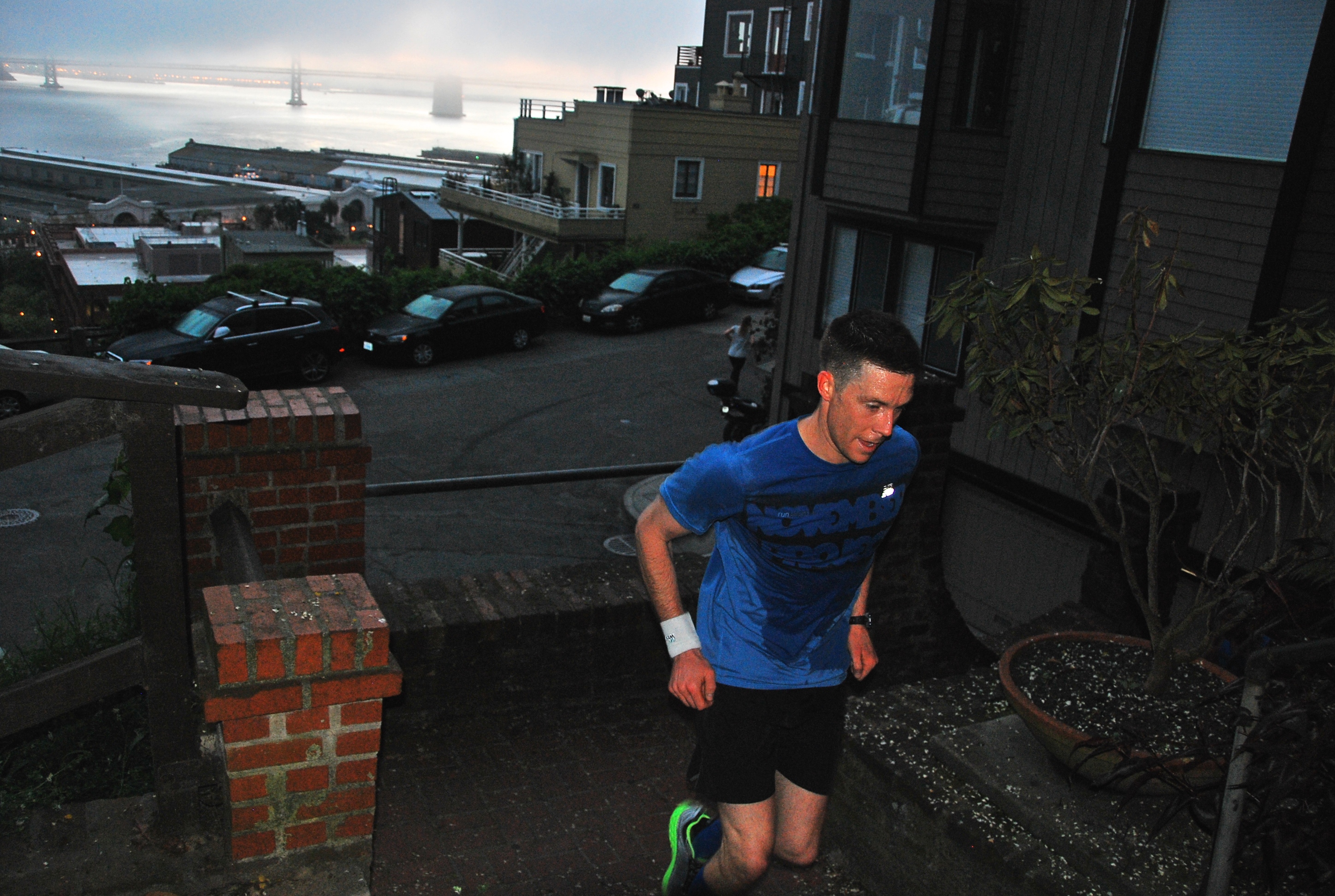 Dear Paul and John (and the NP community),

First off, you messrs deserve a huge shootout for getting our “it’s not a cult” cult some great publicity in the New York Times yesterday. The article summed up the November Project community pretty much in a nutshell:

“It blends the intensity of CrossFit, the cultishness of SoulCycle and the weather agnosticism of a Polar Bear swim with the high jinks of an obstacle course and the camaraderie and accountability of a sports team.”

Another huge part of the NP community is the beaming friendship and banter between the different tribes, and how tribes open their arms up to new people visiting from other cities. This morning at Coit Tower, we had loads of traverballers from around the #NewsCh19 especially from our brothers and sisters in Boston and New York. This contingent included a bachelorette party. SIDENOTE: here’s how that party planning conversation went down….

Friend 1: Hey so what are we doing for the hen party weekend?
Kat Ragone: Oh, let’s just wake up at crazy hour o’clock, and go run steps with this weird group of people.
Friends 1-7: You mad bro?

Another Boston visitor @chrisheuisler summed it up pretty well in his Instagram post, “At #NovemberProject it’s not so much about the workout, but the people you meet”. Well lads, here in SF we love the inter-tribe friendship, banter and hugs… but you know what we also love? Throwing it down against the tribes to help foster our #westcoastbestcoast #SoCalSlowCal NPSF egos. There is some community wide challenges in the works for the coming months, but in the short-term NPSF are throwing down a challenge.

We’re throwing it down with our brothers in NP_NYC (#PaulLeak, Coach John Honnerkamp) and fuck it, also with our sister in Indy, Bobbie #SuchWerbe Werbe. NYC, we’re delighted you guys are famous and all that, but we want to try get you back down to earth a bit! After next Wednesday’s workout, NPSF are going to have a simple competition, a plank off. Everyone planks until we have the last person planking (see photo below). We’ll record the time of our longest plank and we’ll post it up for the NP world to see. New York, Indianapolis… we want you guys to do the same. Let’s see who has the greatest abs. East coast, mid coast or west coast?

This Sunday, we’re cheering our racers on at the Rock ‘n’ Roll Half Marathon. Check out the Facebook event for more details. We will be occupying the same hill we took over for the Nike Women’s Half (Lincoln Blvd.) at the approximate 3.5mi mark. Runners will be passing our station soon after 6:30am so don’t be late.

Have a great weekend, Tribe. Don’t do anything Dan Clayton wouldn’t do!