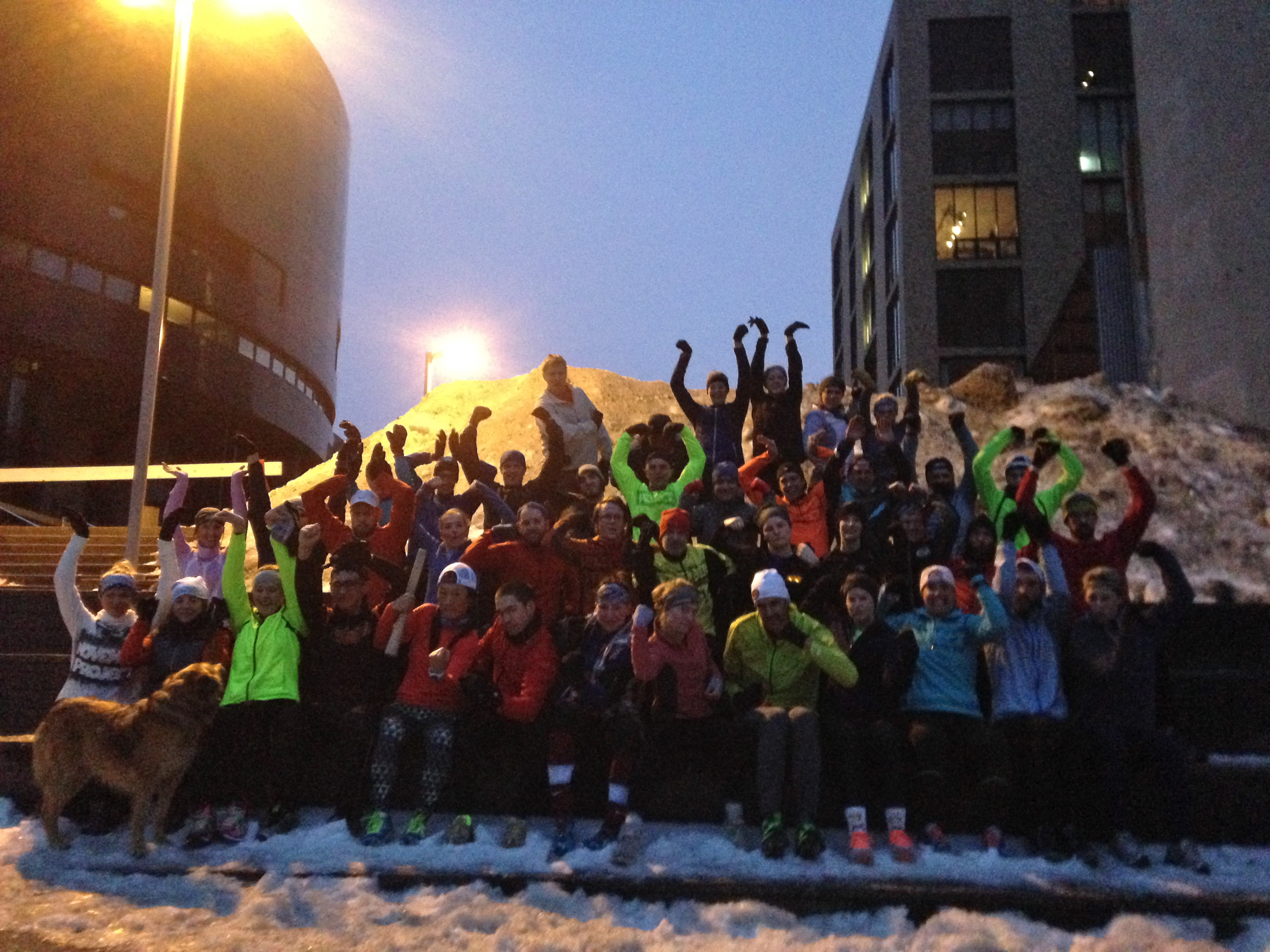 The sun may not have been out this morning, the smiles sure as hell were. MSP tribe members trickled in as the 6:30am hour descended upon us; leaders were proud to see many got the memo to bust out their backwards cap. Leader Ben gathered the group into a close-knit circle to announce the reason for the backwards caps. Our tribe is united. The tribe is global. It is built of incredible human beings. The message was heard. The tribe bounced, and then took off on a warm-up down the slippery slope of our home-base hill.

A couple slips and falls

confirmed that the Bridge Memorial hill was not going to be the site for our workout this morning. Instead, the longer hill that runs underneath the Stone Arch Bridge was used. This morning brought back the infamous card workout and we’d call it “destination deck” if we used just one deck, but we didn’t, we used 3.  Tow buckets were used to collect the cards, one stationed at the bottom, on top of Hop-Rock, and another stationed at the very top of the hill next to the Mill Ruins Park sign. The goal was to transfer all of the cards in the bucket on Hop-Rock up to the bucket by the Mill Ruins Park sign.  Sounds simple, right? Nahh. Each tribe member could only grab one card at a time, and each suit was assigned a different workout. The workouts were completed once the card was transferred from Hop-Rock to the top of the hill, and then each tribe member trekked back down the hill to repeat the circuit until all of the cards were transferred.  The workouts for each suit were: HEARTS- finish the hill into downtown, SPADES- push-ups, CLUBS- flutter kicks, and DIAMONDS- hot-footed lizards.  The number to be done for each workout (except the hearts) coincided with the number on each card… Aces were high!

Carly Danek grabbed the empty bucket on Hop-Rock and rounded everyone up as she made her last climb up the hill. Once the whole tribe reached the top, we gathered for our final burn.  4 lines/teams were formed along the boardwalk. We raced. The relay-type race took the form of leap-frogs,  a body weave back, and finally a full sprint back to the stairs in between the Guthrie Theater and Mill City Museum for some sweaty hugs and a group photo.

The Lumberjack award was given to new tribe member Molly. She used the ass-kicking energy surround her to kick some ass herself and the positivity award was passed on to Stephanie from tribe leader Ben.  The tribe truly does beat with one heart. We got up, got out, and got after it together this morning. The tribe is growing. The tribe is strong.