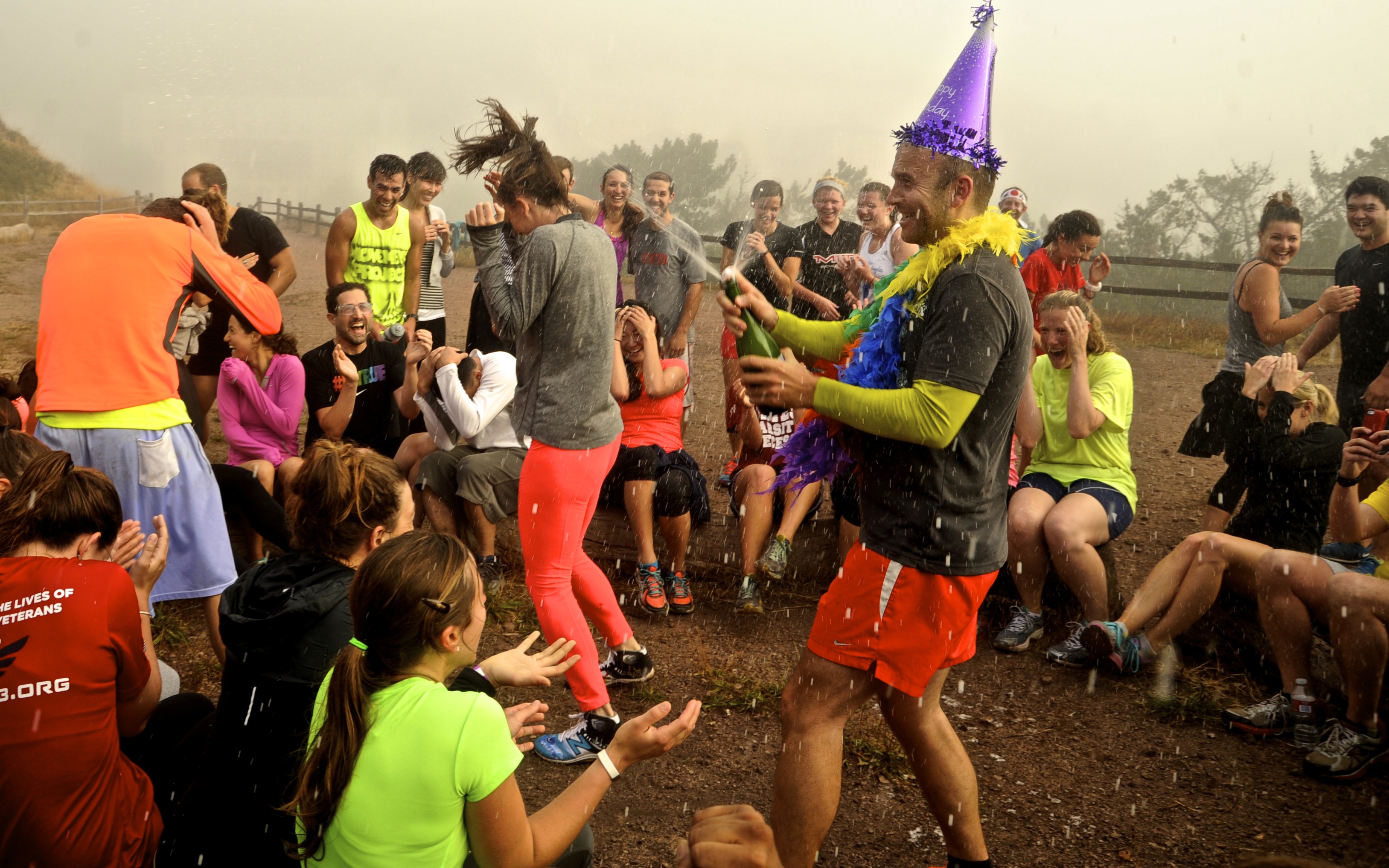 443 days ago, without permission from corporate NP in Boston, I started November Project San Francisco.

Due to a classic mix up of Laura McC’s in Brogan’s contact list, BG actually thought I was a completely different friend named Laura MacFarland from Madison, texting him that November Project San Francisco has begun…and he will just have to deal with it. In his utter confusion he tried to understand why a high school friend from Wisconsin is suddenly starting a tribe in California, but instead of asking questions, BG would reply to my texts with vague responses like, “Cool.” And then I wouldn’t hear from him for days.

“10 people showed up on the first day!” I texted him. “Showed up?”, he replied, 6 days later. Eventually, Bojan spotted the new NPSF Facebook group and I got a text immediately with an attached link, “Is this you?”. Shit, I didn’t tell the Serbian, I thought. And we all know it’s the Serbian who actually runs show. I was convinced Bojan would somehow shut down the internet to handle my insubordination, but rather I got instant support from the Boston tribe. I have known this dynamic pair of men for many years, but on a lets-get-drunk-then-run-through-the-reflection-pool kind of way. Here we were, years after graduating from NU, attempting to change the way people interact with their community, with their fellow runners, and with their cities.

The last year has been a labor of love to try and bring the most authentic NP experience to the city I love, San Francisco. When people ask me what November Project is, I truthfully am a poor salesman, stumbling over my words, searching for an explanation that fully grasps what has been created. I usually end up spitting out key phrases that I hope they will latch on to such as “laugh”, “sweat” and “hug.” I have spent countless hours each week working on NP, and I talk about it far too much to the people I love (Sorry, Connor). I toss and turn the night before workouts, hoping people don’t regret getting out of their warm beds for us, hoping they think it is “fun enough” while also being “hard enough.” I spend hours on social media stalking photos to learn people’s names. I tag shirts in my basement, spray paint graffiti boards in my garage, and manipulate talented tribe members to help me create photos and videos for absolutely no payment. Frankly, I am f’ing exhausted. But I haven’t regretted a second.

With the help of each and every one of you, San Francisco has united and built solid relationships between people who would have otherwise never met. As a tribe, we have explored neighborhoods in this city never previously adventured. We have sweat. We have danced (Booooooy, we have danced). We have pushed ourselves to meet new people and face new challenges. I continue to be inspired by your stories and motivated by your drive.  I am honored to have played a part in the NPSF story, and while I am traveling abroad I have the utmost faith in Clayton and Paddy to continue building the tribe. Try not to forget about me though, because come October I will be BACK. And it will be two guys, a girl, and a baller NP tribe. And hopefully a pizza place….can you guys work on that? Great.

P.S. That book you guys made me is by far the most thoughtful gift I have ever received. I can’t wait to read it to my unborn children one day so they know how badass and narcissistic their mother is.