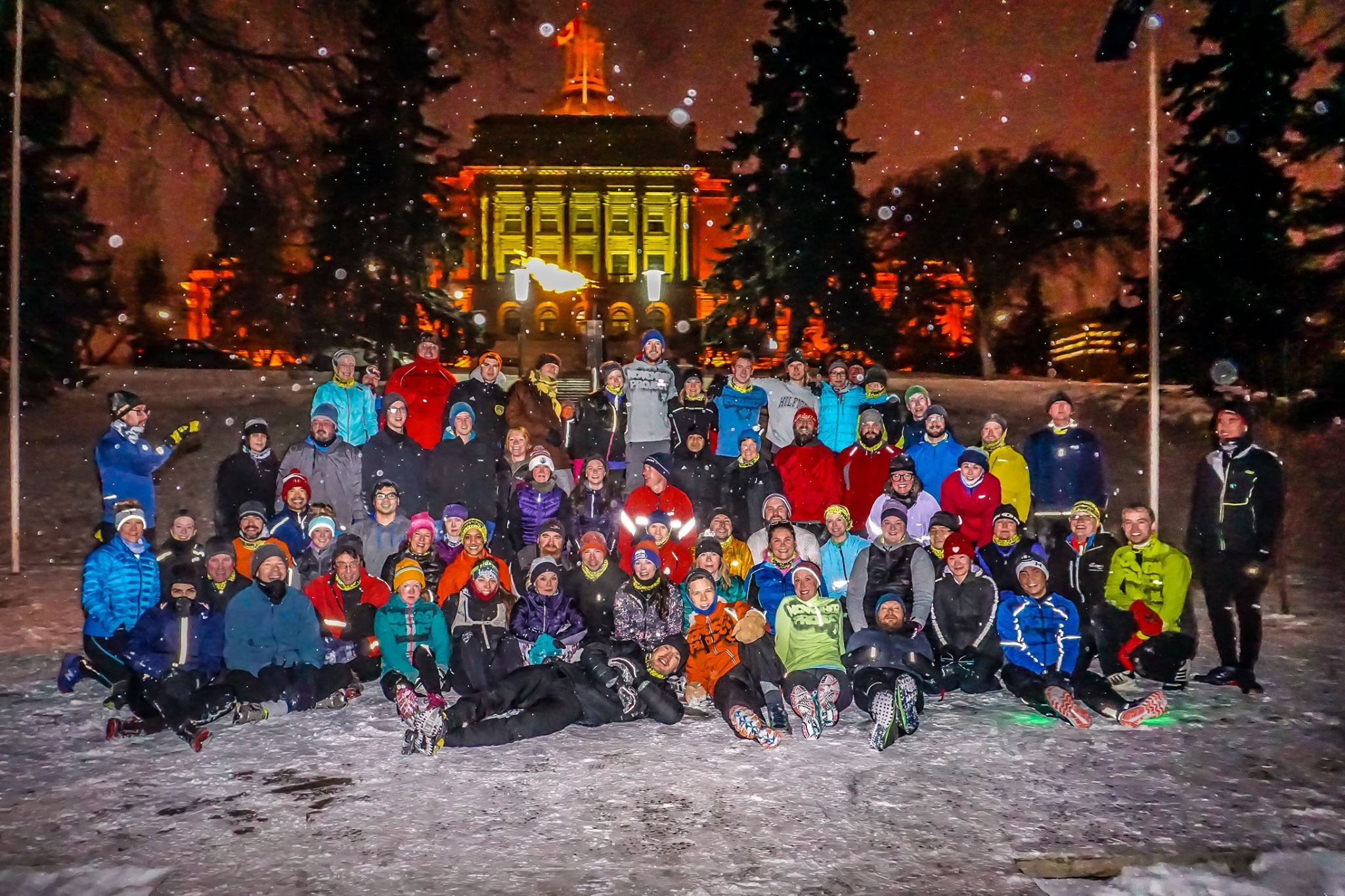 Today is February 29 and as I would hope most of you know, only happens once every four years since it really takes the Earth 365.25 days to orbit the sun. To get real nerdy, there are rules where sometimes every four years there isn’t a leap year, it can get pretty confusing but it won’t happen until the year 2100 so we don’t have to worry about it for awhile. Today we were at -13C for the workout and for people that believe in wind chill, I’ll let you pretend it was colder than it actually was. Since we’ve been above zero for a high for a few weeks now, it was a good reminder that we are still in winter and to keep those tires on for a bit longer. And that we are #weatherproof and know how to dress for the outdoor workouts that we’ll always have.

There was a lot of slipping and sliding happening while we did 29 pushups, leg drops, sit-ups and burpees, who knows how many lunges we did though. The best part may have been when we all did 29 snow angels on the skating ice, and yes, for those that weren’t aware why that part was super slippery, it was legit ice.

A close contender may have been the 29 hugs at the end and the awesome hug line that ended up forming. Fun privileges were almost revoked on account of having too much fun sliding on the ice and smiles that were too big but I guess I’d be a hypocrite if that actually happened.

Apart from having fun with the snow and ice and a few of us that encourage #safetythird, this morning was the type of conditions where injuries can happen, hypothetically speaking since they didn’t, let someone know. Apart from getting the right type of treatment, at least there will be extra hugs received.

Since there are no important events coming in the next week or two, this part of the blog is much simpler to write, we will be at the Glenora stairs Wednesday morning and Walterdale Friday. In case you’re new to this, 6am.

Have a great leap day,

Ps my reference for the Leap Year stuff was not wikipedia.