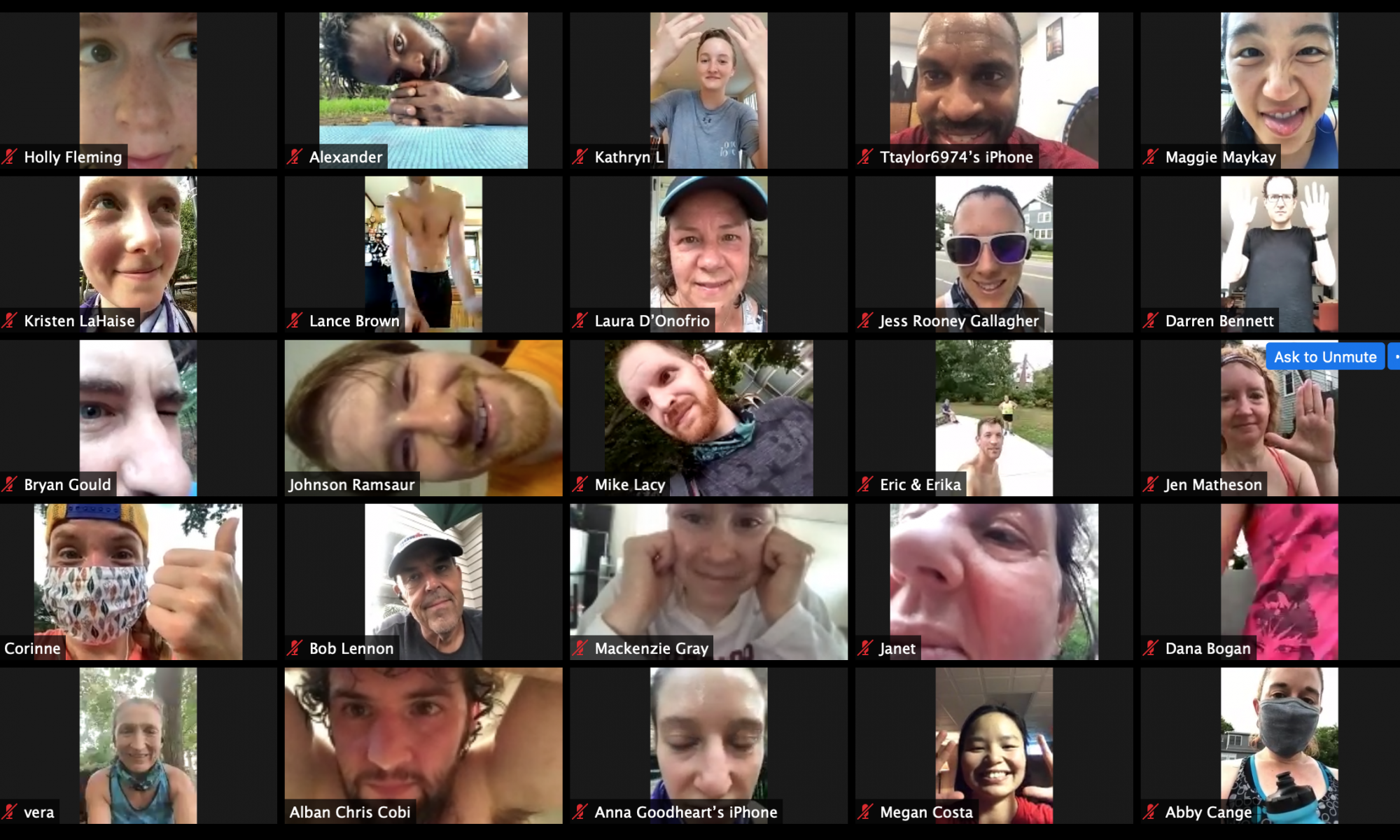 Hey Boston–and everyone else who reads our blogs or attends our virtual workouts! We’re glad you’re here!

We officially been in quarantined, non-in-person, virtual workouts for more than 4 months (a third of the year) and I have to say, it feels good to know that NP_Continues…and we keep showing up with and for each other. I’ve also been noticing that it feels different now than it did a few months ago. Virtual feels almost normal, and as weird as that is to say, it’s true. We’re creatures of habit and we all seek out that feeling of normalcy, even when it means adapting to the ways we all now engage in our workouts together (which seems to be hunched over into a tiny screen, seeing parts or none of each other as they attempt to do movements that are only sometimes visible to their camera, and listening through wireless earbuds because the audio is more fruitful than the video). It’s weird and it’s also pretty usual now. Just like we don’t really bat an eye at the fact that Alban, one of our amazing Boston members, has been leveraging the space available for indoor workouts by setting out the yoga mat in the little space next to the shower and tucked in front of the sink and butt-ing up to the toilet. Yup, it’s bathroom fitness and it’s a real thing. read more