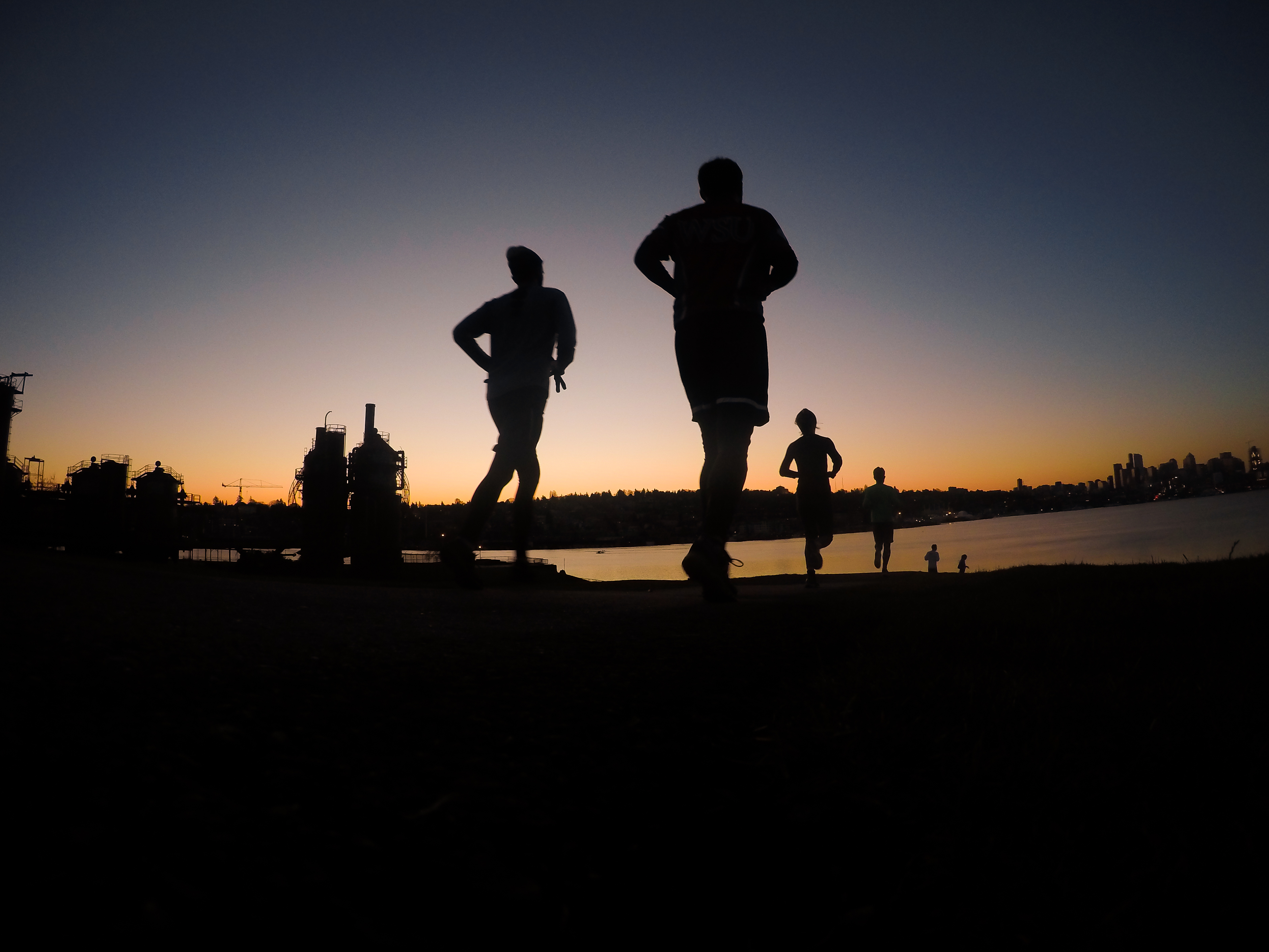 Just like that, we’ve completed our last workout of 2015.  And what a year it has been (well, really it’s only been four months since we went live).  From our first workout as an #NP_Pledge with 29 of us at the top of the hill, to Angelo and Lauren of NPSD welcoming us into the family as the 23rd city in the movement, to the long list of relentless individuals who continue to show up through the rain, the cold, and most recently, the thunder and lightning.  It’s official, we’ve established ourselves in this group of 30 around the US, Canada, Serbia and Iceland.

Let’s take it back to June 26.  November Project Co-Founder Brogan Graham and November Project DC Co-Leader Kaelan Dickinson came into Seattle like a loud, obnoxious, somewhat offensive hurricane and threw down a workout that left most people thinking, “what the fuck just happened?”  Brogan was as loud and quirky as usual; Kaelan’s shorts were as short as always; and the tone had been set for the city to build a tribe.  It wasn’t an hour after the workout, BG and I sat in a coffee shop downtown and he said to me, “Seattle’s ready.”

July 1st, we began the pledge.  For me, I had no idea what I was doing.  I had never been to a November Project workout; I never hugged before my exercises; I never bounced; and I definitely never yelled “fuck yeah!” at the top of Kite Hill at Gas Works Park for no reason whatsoever.  With the help (A LOT of help) of Janel Kozlowski Fink, Max Thayer and countless others who have NP experience under their belt, we were able to piece together what would become routine Wednesday mornings.

When Angelo and Lauren graced us on that warm August morning, something special happened and the culture in this city would soon start to feel the ripple of our vibe.

Since that day, we have put in four months of fierce, fun, and of course free workouts.  We added a new leader in Kelsey Duckett, who brings incredible perspective, relentless energy, and undeniable athleticism.  We’ve become weatherproof, having battled cold (we get it, Winnipeg, it’s not THAT cold), rainy, thunder-y, and lightning-y Wednesday mornings.  We’ve improved our level of fitness through the runs we hate, the hills that don’t seem to quit, the squats that hurt for the next couple days, and the burpees… Oh, those damn burpees.  Above all else, we’ve built a community through commitment, accountability, and all-around positivity.

Each workout, we see a new and entirely different group of that individuals that create a uniquely beautiful tribe.  Together, we’re doing something incredible.  Let’s keep it up.

See ya on Wednesday.