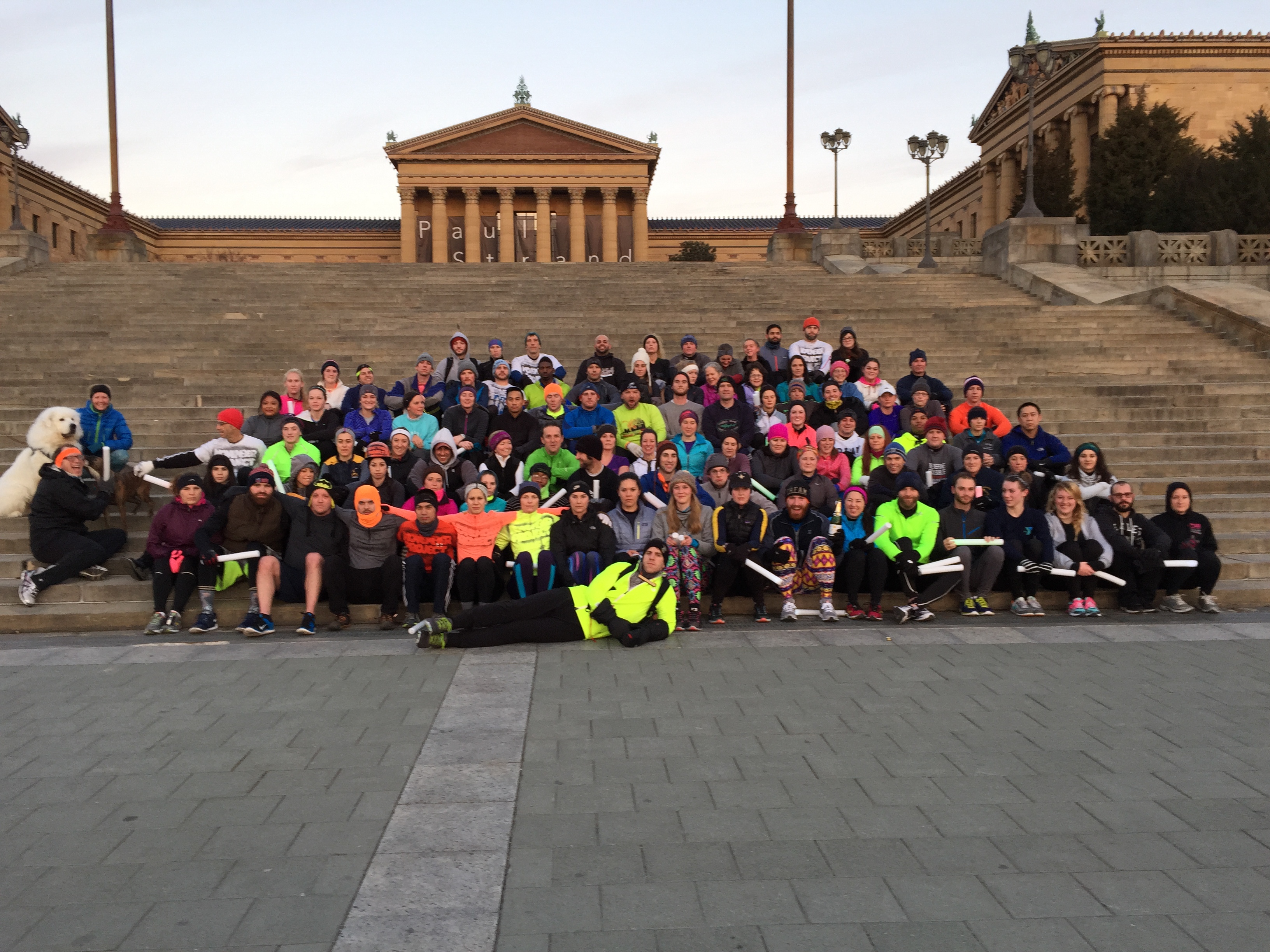 2014 has been an amazing year for November Project Philadelphia.

We worked out every Wednesday through the polar vortex, each week seemingly bringing worse weather than the one before. “Props” were given to “those guys” by a local weather channel as they watched our small, but mighty tribe bear-crawl through 15 inches of snow with a -15 degree windchill.

We competed in #highflyinghomework and the tribe grew stronger.

We hosted our first evening event, a #runandrecruit where we joined forces with The Fishtown Beer Runners at a local bar and the tribe found even more folks who wanted to come and get fit for free.

The vibe was rad, word began to spread and more humans showed up!

In June we added Fridays – Franklin Field Fridays to be exact and the tribe embarked on whole new kind of workout that made us fitter and faster each and every week.

We won Best of Philly – Underground Workout – from Philadelphia Magazine over the summer and celebrated the tribes successes together (we’re still celebrating that one – and may never stop).

Another evening event, #betterthanbedtime occured at the end of the summer. A Noah’s Ark theme in which we all came by 2’s and partied until about that time of the morning as well.

Come September, Co-Leader Suzanne (me) became a semi- finalist in the Be Well Philly Health Hero Challenge. An honor I am truly grateful to each one of you for. Being recognized for something I love is one of my proudest moments of the year.

We gathered in Wisconsin with all co-leaders for the #NPSUMMIT – we learned, we bonded and in true NP form we were #racingeverything as we took over the North Face Endurance Challenge – and witnessed NP sweep the podium.

In November we celebrated NP’s 3rd birthday and had 318 humans in attendance (our goal was 225 – we shattered that number, clearly because the tribe truly is that strong) – This was also the day leadership was surprised with overwhelmingly incredible thank yous from the tribe. Your letters, your stories, your reasons… each of them special, and each of them appreciated more than words can express.

And – this December we all were lucky enough to witness as Co-Leader Dan was asked, and said yes to becoming a Lululemon Ambassador here in Philadelphia. Way to go Dan – and thanks to Lulu for recognizing what a huge role Dan plays in both our tribe and the city.

Through it all, we hugged, we cheered in support of tribes everywhere and we built this community. We created silly hashtags, we made friendships and grew existing bonds into something deeper. Some of our tribe moved away and grew with tribes elsewhere, which warmed our hearts, knowing our friends would have a “home” in their new cities while on their new adventures. In 2014, we became a family, one that no matter where any of us are, where any of us go, each of us will always have a home with the tribe.

We love you all. Have a safe, healthy, happy new year! We’ll see you Friday at Lemon Hill!

Twenty-fifteen has no freaking clue what is coming… so #justshowup