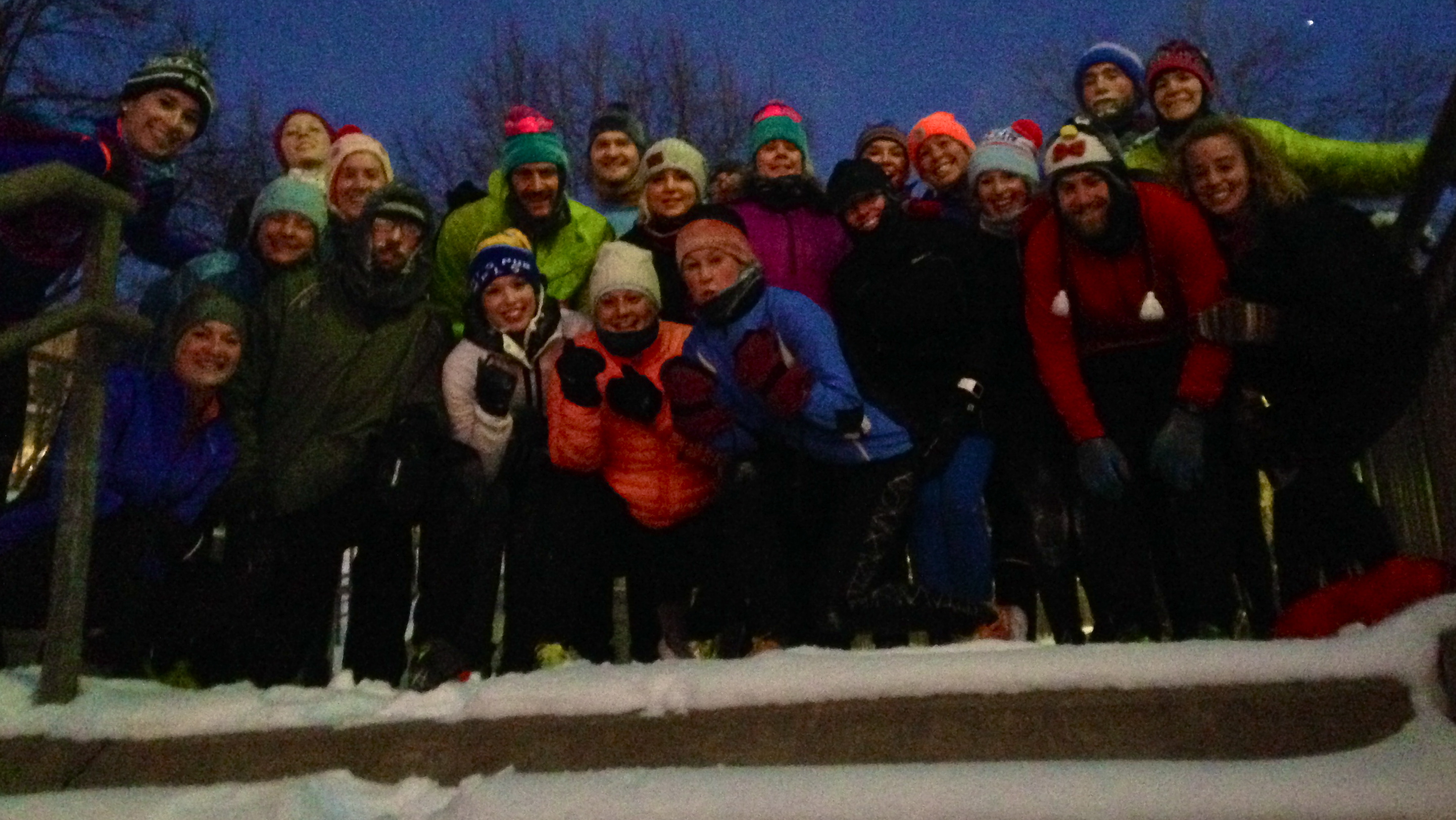 From under the shelter of warm blankets, tribesmen peaked at weather apps, and texted each other reluctantly. All like, “Will they even still meet?”, or “I think I’m getting kind of sick”.  After a look at the forecast, most rolled over to focus a little harder on their mattresses. However, a couple dozen managed to transcend the easy decision of listening to a comfy bed. Instead, they rolled onto their butts, then stood up to vertical, layered the fuck up, and got out their front doors to take on their sub-zero city.

This morning’s circle was smaller than usual, but the power-density(technical term) was high. A Penguin Bounce started things off, inspired by Will’s headgear. That’s when you bounce super close to each other, like penguins. We then took off up river to the Hennepin Ave Bridge for the #BridgeWater workout, and the last free NP sweat of 2014.

#Bridgewater, now more icy than watery, starts near river level at the Federal Reserve, then down the bike path to the Hennepin Bridge. We climb the bridge’s steps, lap around the suspension pillar, then head back down towards the ice-covered river. Flying Dutchmen and Push-ups were completed in between every lap on our “white-sand beach”, increasing by 2’s every time around.

Like an old jalopy (old car), our bodies took a little longer to get energized this morning. The cold takes extra work, but that’s winter in Minnesota. Half way through, hoots and hollers began lighting up our dark, still sleepy city. Those who showed up rightfully feel better about how they are rounding out their year, and how they want to take on the next. They are making good on their resolutions early.

Show up in 2015. Show up next week!! Find out what it’s like to freeze your face before the sun, and do it among dozens of other smiles