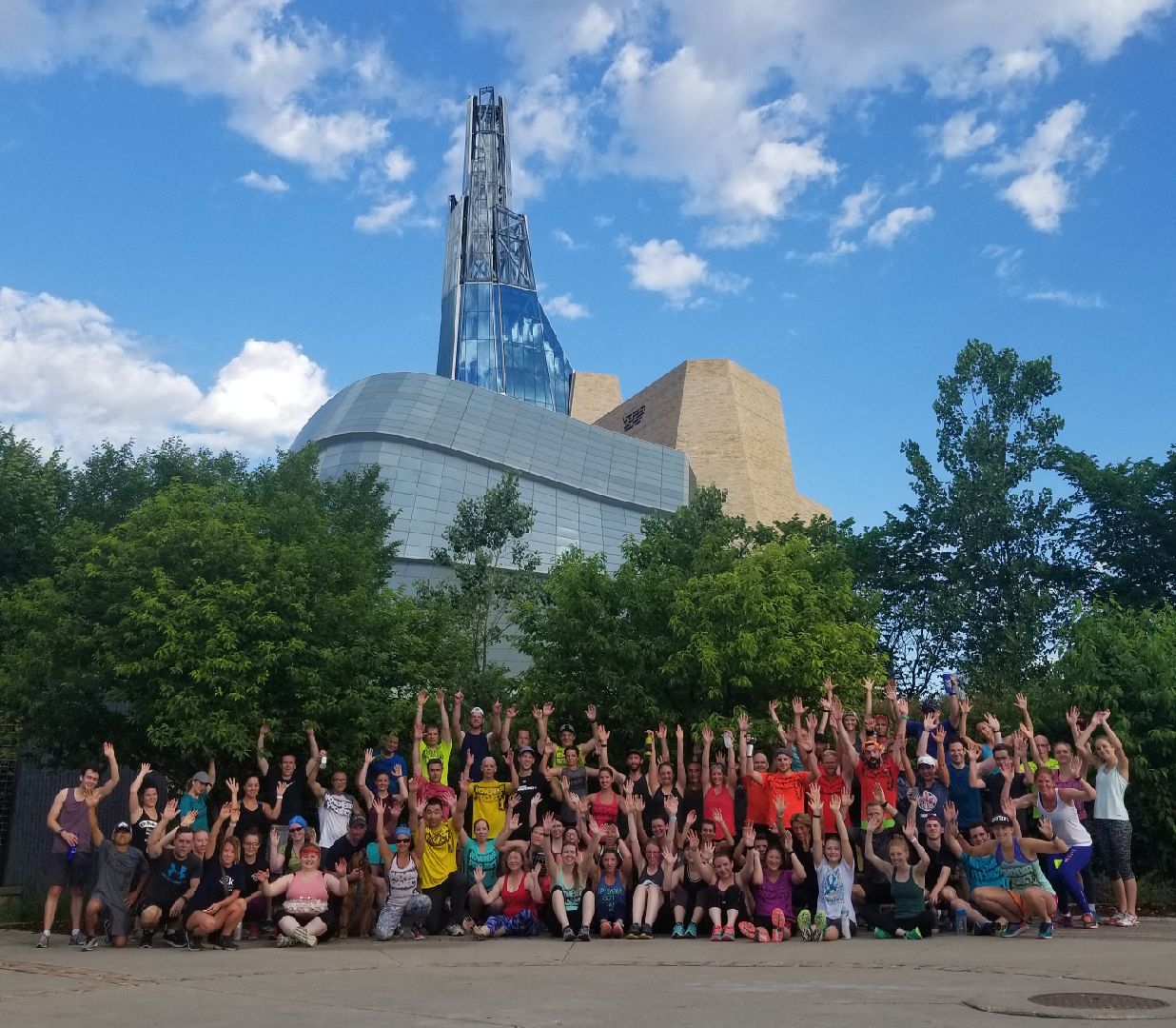 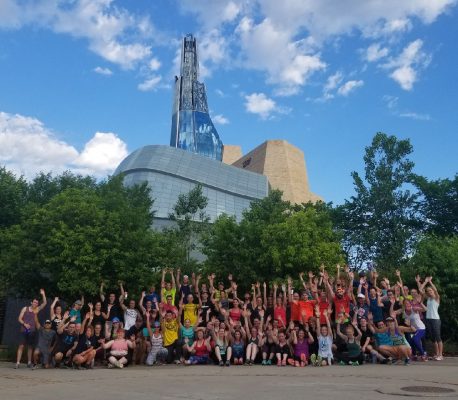 This morning was awesome! We had huge numbers, and y’all crushed PR. We had a confusing game of ‘What time is it Mr. Wolf’ (sorry- we’ll work on it). We frantically tagged away and got all your shirts done and dusted and ready to be worn in the world with pride. Erin passed off Shabooya to Janet and passed out cookies to everyone! You both make sure everyone has the warmest welcome and is surrounded by positivity. 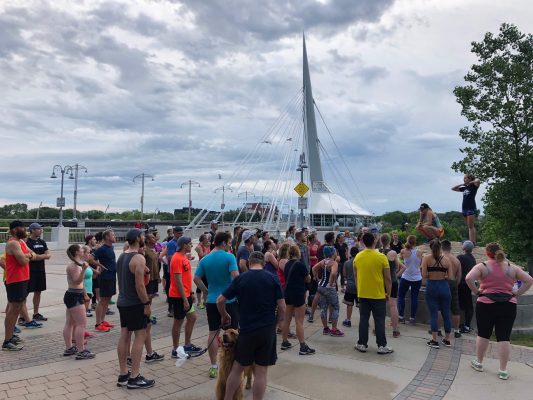 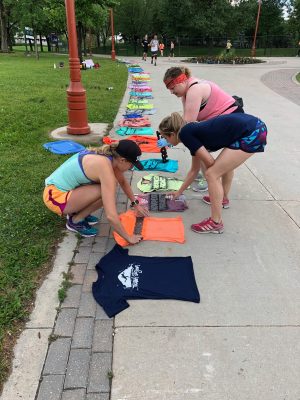 Friday, 6:14am, Garbage Hill, BE THERE! Junel is running 100miles in 30 hours to raise money for mental health awareness and to #trashstigma. This guy is pillar of Winnipeg run community, he supports us in a big way, so let’s get out and support him. He is starting running at Thursday noon and ending Friday at 6pm.  Come to the workout with AND pop by at some point during his 30 hrs to donate a toonie, give a hi5, run a lap or all of the above. I will be stopping by on my bike on Thursday evening to throw some hype, maybe I’ll see you there?!

Last Thursday evening it was PEG City Scramble II, if you weren’t there you missed a dope night and you need to be at the next one! I won’t give you a recap because it wouldn’t do it justice but I will give you these words to describe it: hot, beer, lost, laughs, confused, sweating, Where’s Waldo, 3 Blonde Men #1, community. Thank you to Connie for helping out and here are some pics to convince you, that you should come join us in the Fall! 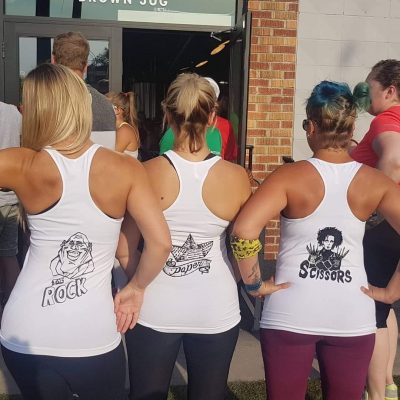 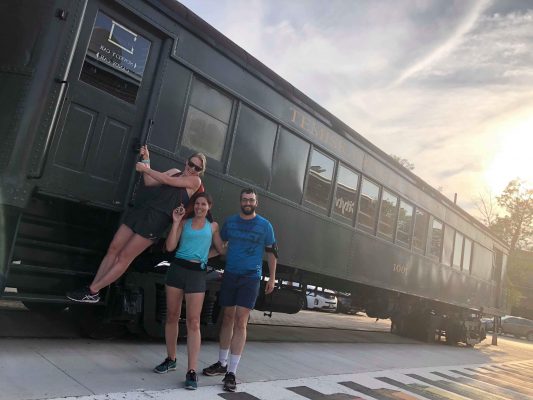 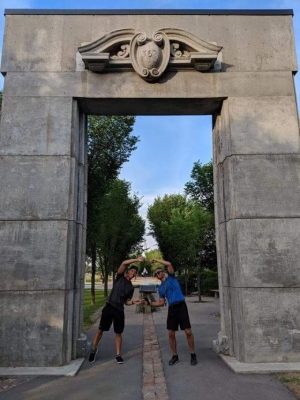 Actually, I will tell you this anecdote about prepping for last Thursday- when I was setting the course for the PEG City Scramble Derek said ‘make it impossible, I want to see teams fail’ #ruthless (in my books- we’re all winners here). So when I was planning a surprise BDAY NP workout for Derek I specifically planned it so he would fail (but like- in the most fun way possible). Unfortunately for you all, Derek had a post marathon bonk this morning and couldn’t make it out to the workout and I will have to save his impossible bday game for another surprise day when he is well again. (So keep coming to every workout if you relish the idea of watching Derek struggle at an impossible task- cue evil laughter- mwhahaha)

But real talk, Derek is a remarkable athlete, leader and friend. He is hardworking, determined and loyal. I am happy that he is here. He holds people accountable, and if you spend enough time with him you will be inspired to hold yourself to your highest standards. We are all lucky to have him as a leader in our community. Happy Birthday Derek.

Year book photos drop tomorrow so stay glued to your computer, and share your picture far and wide to spread that NP hype!

Jen has graciously offered to organize ANOTHER NP extra curricular event! It is August 18th, it’s gonna be epic! The description is as follows:

If you like beaches, running or biking trails, and fun, join us Saturday August 18th for a trail run followed by a BBQ potluck!
Destination: The Trans Canada 🇨🇦 Trail in between Westhawk and Falcon Lake .
Distances: There will be a few options to choose from, and the trail is bike friendly so oil up your chain if that’s your thing instead of running.

This is an unmanned course, but in saying that we watch out for one another…y’all good!

There will be more details to come, when we know how many people are attending. Sound Good? F-yeah!

Erin has shared with us and written a heart felt guest blog. Hear her story here:

Hi, I’m Erin and for the past 21 days, my husband and I have been playing host to extra life-force in our house – the Shabooyah Award. When Kristjana called my name three weeks ago, I felt as if time suddenly stood still. I was not expecting it in any way, shape or form and frankly, I didn’t feel like I deserved it. I’m not fit, I’m almost always one of the last to finish and as of last week, I’ve been #showing up for a grand total of 6 months. Shabooyah was not in my game plan, then suddenly it was. #HappyTears

Six months ago, November Project changed my life. Even though I am somewhat ashamed to admit this, prior to that first early Friday morning hot yoga session, I had not worked out in over 2 years. That first morning brought so much of my anxiety to the forefront of my brain – would I embarrass myself? Would I finally be able to break my hate of working out? There, I said it – I HATED working out.

My terribly unhealthy relationship with exercise stems back from my days as performance athlete. My childhood was spent trying to find some sort of acceptance from my peers doing the only thing I really knew how to do – be an athlete. I played competitive Softball, Ringette, I ran cross country, track and field and joined the high-school hockey team. I’m not telling you all of this to brag about my former life. What I want you to understand is that my relationship with exercise did not exist beyond the confines of performance athletics. As a kid, I’d be up well past midnight running laps around my neighbourhood, not because I wanted to, but because I had to be “the best”. This unhealthy relationship continued until my University Softball career came to a sudden and unexpected halt. Everything that I had worked for, suddenly no longer existed in my life. I started to binge eat to numb my anxiety and mourn the loss of my sense of identity. If I wasn’t an athlete – who and what was I? I had no clue what a healthy relationship with exercise looked like – until you came along.

When I say that I used to run, I mean it. I was running 3-5k everyday throughout high school. It is also through running thatI met one of our fearless leaders – Derek. He was the team captain of our high school cross-country and track teams, and one of the most dedicated athletes I had ever met. He was the target, the person everyone would attempt to catch up to. While incredibly driven to succeed, he was also one of the most encouraging teammates you could ever hope to have.

So imagine my surprise, when I saw a segment done on Global News this past November showcasing this amazing group called November Project – I was excited! Maybe this could be my way of reclaiming my fitness. It checked almost all the boxes!

Then it hit me, Derek was one of the leaders, and if I wanted to join, I’d have to face my former team captain after gaining 60+ pounds – Dammit!!

So I didn’t show up, at least not until the 12 Days of Fitmas. I had gotten fed up with looking myself in the mirror and calling myself fat and lazy. I was always tired at work and hated the way my clothes fit. I needed to change my lifestyle – fast. So instead of wasting another day, I faced my fear. I #ShowedUp, and in doing so – found the sense of belonging that I never found in team athletics. People – Friends like Leaslie, Dawn, Kristjana, and Dave(who texted me every Tuesday night for 4 months straight to help keep me accountable to showing up).

NP also put the right person in front of me at the right time: Janet. Without giving too much detail, one of the very first times I met Janet, she opened up to me about the struggles she was facing on her journey. She was honest and real – something that I desperately needed, to feel like this could be the right fit. At a time when all I could think about was the shame I felt regarding my weight and health, Janet was a boon, pulling me closer to the lifestyle I needed. I was able to open up to her about my struggles too and fears, having only just recently seen my father through a major cardiac event. I was scared for my life, and didn’t know how to change. Janet was the catalyst in my NP quest, and for that – I can never thank her enough.  I would give her a thousand Shabooyah’s if I could. She’s worth every single one. #Shabooyah

November Project has given me more than I ever bargained for – a sense of community, a sense of belonging and it’s helped me dramatically reduced my anxiety levels. I’m sharing these things with you, my tribe, because I’m now in a position where I feel comfortable to open up. I hope that by sharing my journey, maybe someone out there that is on the cusp of joining us, will take the leap.

Don’t get me wrong – running up and down the Cement Castle throughout the winter on PR days sucked – but it always seemed to get better when I’d hear a familiar voice urging me on “keep it up Erin”.

This Father’s Day, Derek did something AMAZING: he beat his Manitoba Marathon PR by 12 minutes and was 2 minutes and 30 seconds shy of qualifying for the Boston Marathon. He’s a BEAST, a running MACHINE and one of the BEST people I Know. He inspires me to set my own goals, inspires me to push myself and to dream BIG: including running the 10k at the 2019 Manitoba Marathon. Happy Birthday Derek! Thank you for showing me that I had nothing to fear. #WeMissedYou

Megan here, signing off. I’ll see you all at Garbage Hill on Friday.

ps. Far too many nice words were spoken about Derek so I will leave you with these pictures. 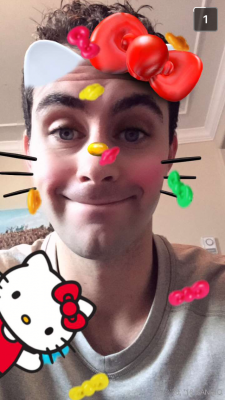 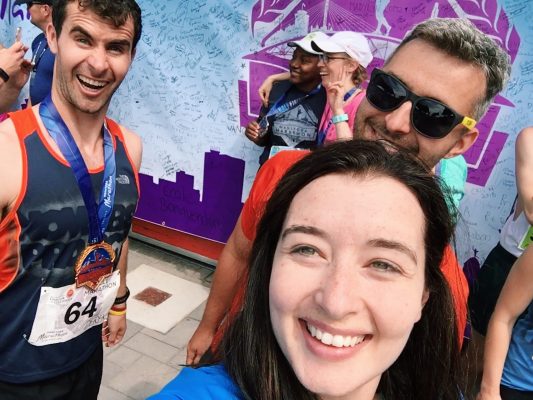